Aw, nuts! Rick Santorum won’t be president this time around. But that doesn’t mean he has to leave the public conscience forever! Here are some suggestions for Rick Santorum in the aftermath of the end of his Republican presidential campaign. 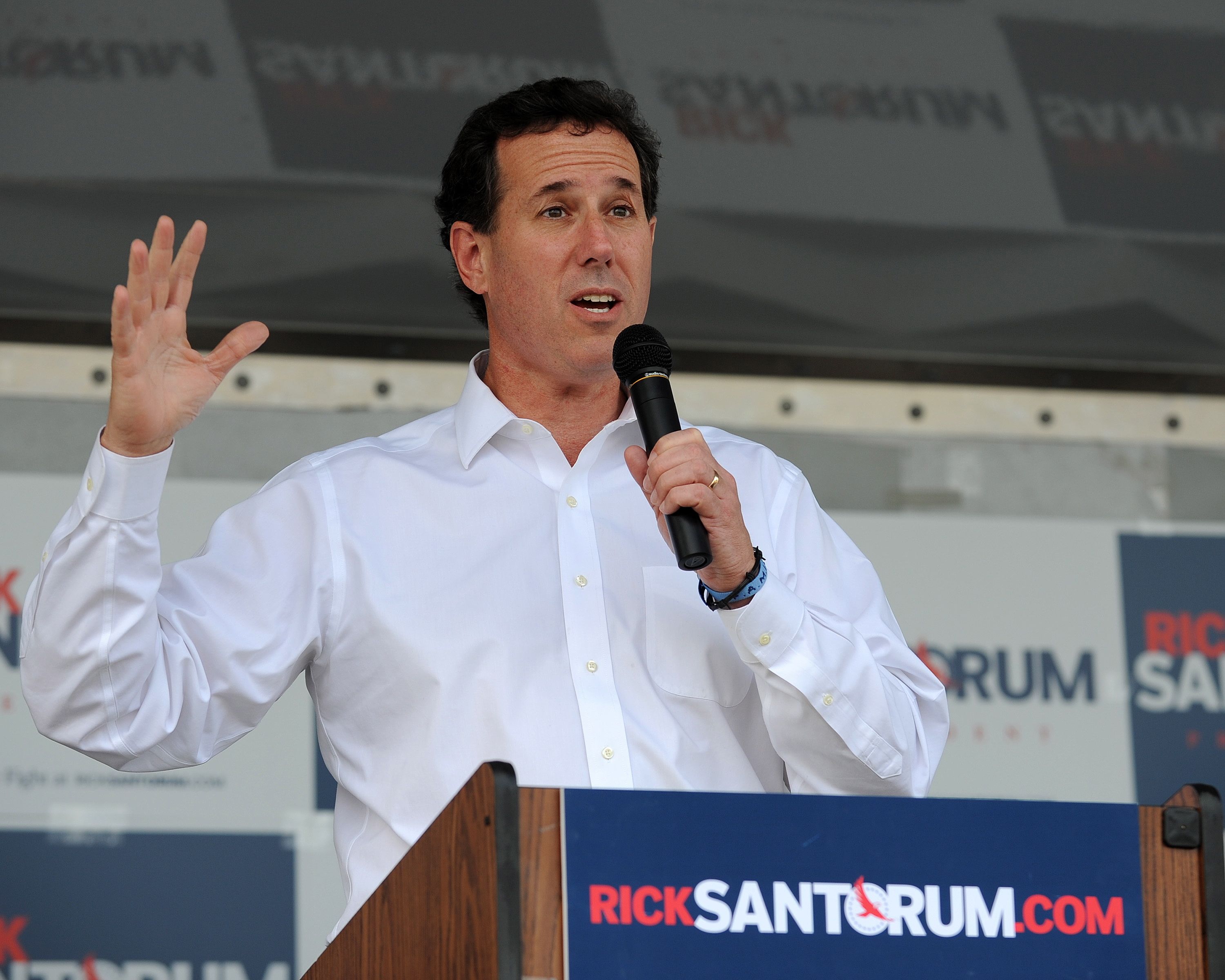 Now who are we going to make fun of? Yesterday, Rick Santorum, the highly controversial and widely detested Republican presidential candidate, suspended his campaign and pulled out of the race. This comes as an enormous relief to human beings with souls everywhere, who would have preferred not to have had an openly homophobic, sex-ignorant and overall right-wing extremist in the White House. Santorum made a public announcement that he would be dropping out of the race, which means that Mitt Romney will most likely be running against Obama come election season.

Well, it was fun while it lasted, right, Rick? You sure made your mark on American politics with all of your crazy antics and mumbo-jumbo. But now that it’s all over, we want to ensure that you don’t end up blending in with the rest of history’s once-highly-publicized-and-now-completely-forgotten politicians. If you’d let us, we’d like to make a few suggestions regarding what your future holds. We know you fancy yourself a political man, but we think this is the perfect opportunity to steer your life in another direction, one that still keeps you somewhat in the public eye. Not just because we know how you love attention, but because if you go away forever, we’re seriously going to be at a loss for someone who so reliably makes us feel better about ourselves.

If people weren’t talking about what other controversial thing he said that week, they were talking about what he was wearing. It would appear that Rick Santorum never leaves his home without a sweater vest. His poindexter-like penchant received endless attention, sparking even actress Scarlett Johansson to openly slam his unironic style choice. But one thing’s for sure: Santorum’s sincere sweater vest is pretty distinctively his own. And we think he might make a killing selling his own line! Sweater vest possibilities are endless, but we think he might be best off starting with different shades of brown and in different knits of wool. Eventually he might branch out and release some lighter-weight pastel options for the golf course. Just don’t expect to see Rick Santorum’s fashion line being sold at JCPenney, lest he should run into Ellen Degeneres at promotional events.

Rick Santorum movie of the week

Actually, it could probably be a pretty compelling project. Think of the enormous success of Julianne Moore’s incredible turn as the publicly ridiculed Sarah Palin in HBO’s Game Change, which shows us a Sarah Palin we didn’t really know before. Not that we’re necessarily looking for reasons to feel sympathy toward Rick Santorum, we just think there’s bound to be enough material from this whole hoopla to create the next great political film. Maybe he’d be game enough to make a very special cameo appearance. The question on everyone’s mind, of course, is who would play the vested crusader. If we’re basing it on looks alone, we’re going to go with Jerry Seinfeld. He’s probably the wrong choice, but doesn’t it make you want to know what Rick Santorum’s views might sound like as (official) stand-up comedy?

In 2005, before he hit it big with his wild campaign, Rick published a book titled It Takes a Family: Conservatism and the Common Good, making him no stranger to the world of literature. We have no doubt that another book is already in the works for Rick, but the last thing we need is another politician releasing a memoir that outlines his failures and successes and lessons learned, even if that politician is as entertaining as Rick Santorum. What we’d really like to see is a Rick Santorum graphic novel. We’re thinking something in the vein of Abraham Lincoln: Vampire Hunter. Perhaps Rick Santorum: Witch Hunter?

Jennifer Lawrence is in trouble with PETA
Alec Baldwin’s stalker receives restraining order
Megan Fox: “I feel I can be myself again”