The British boy band One Direction is the subject of a lawsuit for its name, which it happens to share with an American band that wants full rights to it. 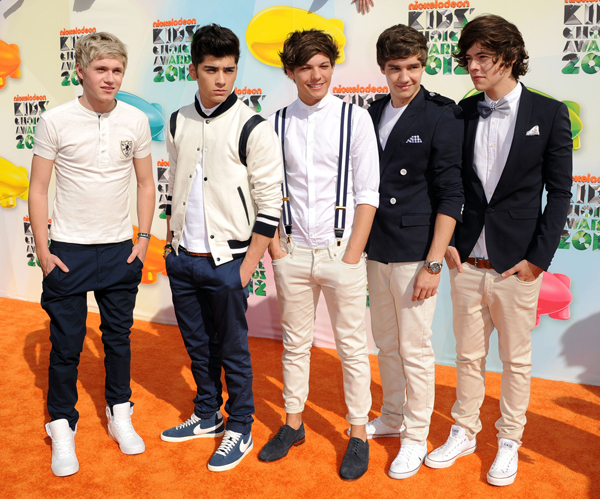 Ha! Bring on them puns… So apparently British boy band One Direction thieved its name from an American band called One Direction, and now there’s a lawsuit involved.

But all of it is true. U.S. One Direction is suing Simon Cowell’s record label, Syco Entertainment, for a whopping $1 million and demanding the Brit boys change their band’s name immediately because it is confusing its respective fans.

The American band’s new single, “2012,” allegedly received over 110,000 views on YouTube by mistake from the British boy band’s fans, who also left some nasty comments calling for the lesser-known band to drop the lawsuit and disappear.

Bah! The Brit band has been taking North America over — one teenage girl at a time. Its fans are relentless, and besides, Harry Styles (pictured right) is just soooo dreamy!

Peter Ross, the U.S. One Direction’s attorney, also stated that the British band was aware it shared its name with another but refused to change it. The band recently appeared on Saturday Night Live.

Oy, they are in quite the pickle. To be fair, if the American band had the name first, it should keep it. The British boys will be fine under any pseudonym. How about Two Directionz or Double Take or Second Chance or even the Juan Direction? Sounds pretty good, no?

Draaama. What do ya’ll think?