Newer developments are emerging concerning Genevieve Sabourin, the woman accused of and arrested for stalking Alec Baldwin. Now she is also prohibited to contact the actor — ever. 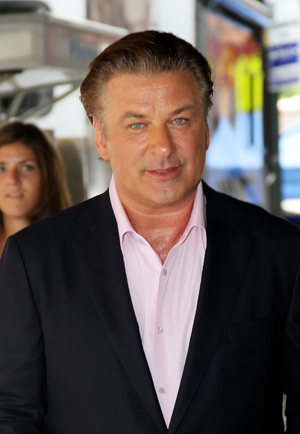 Our very own Canada-homegrown actress Genevieve Sabourin was recently arrested and charged with aggravated harassment and stalking of Alec Baldwin.

Now she is a happy recipient of a restraining order as well. But you’re probably wondering, how did this happen? Read on…

We are now aware that Sabourin was arrested before she even entered Baldwin’s Hamptons estate and that they met on set of The Adventures of Pluto Nash, in which the actor had a cameo.

So here’s the breakdown: Sabourin and Baldwin had a business dinner in 2010, after which she persistently attempted to reach him through texts and emails. Then the Montreal actress flew to New York with the intention of locating Baldwin, sending emails asking him to marry her (and as we know, the actor is engaged to yoga instructor Hilaria Thomas).

She bombarded Baldwin with marriage proposal emails from then on, causing the actor severe anxiety. For example, one of them read:

The 40-year-old actress was apprehended outside Baldwin’s Greenwich apartment on Monday.

Baldwin denies having had any relationship with Sabourin despite the rumours; he claims this was a publicity stunt.

“Isn’t it odd when an accused stalker is in handcuffs, being taken away by the cops, yet smiles for the camera,” Baldwin tweeted yesterday.

So, there ye have it. Opinions?