Who hasn’t been scolded by PETA yet? The animal rights organization was none too pleased with a comment made by Jennifer Lawrence about a squirrel-skinning scene in one of her films. 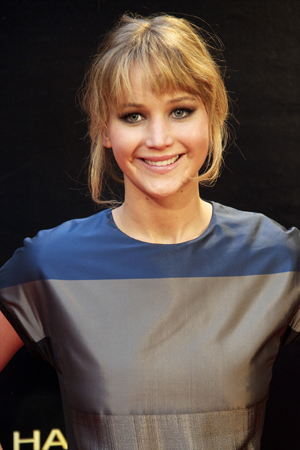 People for the Ethical Treatment of Animals (PETA) could probably have its own reality TV drama; the group sure likes to stir that pot.

The organization’s newest victim is the star of The Hunger Games, Jennifer Lawrence. In an interview with the Rolling Stone magazine, Lawrence quipped about the very realistic — not to mention icky — squirrel-skinning scene in the film Winter’s Bone (for which she garnered an Oscar nomination).

“I should say it wasn’t real, for PETA, but screw PETA,” the actress joked.

Now, imagine your grandmother who still does not understand sarcasm or certain jokes. Well, that’s PETA. And like a bloodhound detecting its prey, it attacked.

“She’s young and the plight of animals somehow hasn’t yet touched her heart,” Ingrid Newkirk, president of PETA, stated.

“As Henry David Thoreau said, ‘The squirrel you kill in jest, dies in earnest.’ When people kill animals, it is the animals who are screwed, not PETA, and one day I hope she will try to make up for any pain she might cause any animal who did nothing but try to eke out a humble existence in nature.”

Cue the world’s smallest violin. PETA has a sound message — it really does. But its approach of a wise sage attempting to enlighten the lost souls is a bit too condescending. Which is why the animal rights organization is not a fan favourite.

Instead of dramatizing or guilt-tripping, maybe recruiting Lawrence as a spokesperson would be a better route to take?