Everyone is getting excited about the Katy Perry film, right? Well, the singer admitted that she was inspired by Madonna’s concert film to document her own tour. 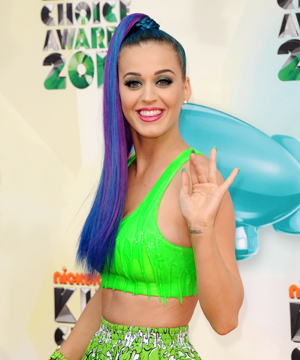 Citing Madonna as a musical influence is not new; that woman revolutionized the industry and pioneered the nekkid, sexually overcharged woman image, which is in such popular use today.

“Madonna is everything to me, and that movie is amazing, because it caught her at a time when she was a bit more vulnerable,” Perry stated in Teen Vogue. “I wanted to do that too, to capture a snapshot of who I am now so that I can remind myself what I’ve lost if I ever do become totally jaded.”

The film is a little Justin Bieber-esque, documenting the singer’s early life and her successful California Dream tour.

“When we started to book these really big venues, I felt like I was going all in,” the singer said. “And I figured that by the end of it, I’d be bankrupt, or else I’d look like the smartest music businesswoman of my age, and I thought either outcome would be interesting.”

Brave decision on her part. Luckily for Perry, the tour was a success, and she is definitely not broke. It’ll be interesting to see how her extravagant, colourful tours come together.

What do you think? Yay or nay?