There are way too many people on the train to Divorcetown, and now, Heidi Klum and Seal have punched in their tickets. Klum filed for divorce from the British singer on Friday. It’s over, ya’ll. 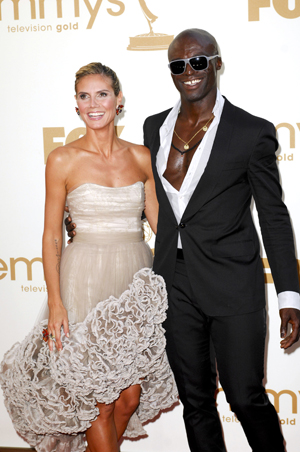 This is something that even tissues and ice cream will not heal. Though we all hoped Cupid would strike these two again, alas, Heidi Klum and Seal are getting a divorce.

The couple separated earlier this year and has reached a “post-nuptial agreement” in the division of property. Well, at least it doesn’t sound like a bitter parting.

Seal and Klum married in 2005 and have four children. Despite annually renewing their vows, the couple announced their separation earlier this year; they continued to wear their respective wedding bands until recently.

Le shock. What are we to do with our Seal-hearts-Heidi posters?

Meh, it happens to the best of us. Keep calm and carry on, as they say. Godspeed!