A Canadian actress, Genevieve Sabourin, was arrested and charged for stalking Alec Baldwin in Manhattan. The actor contacted the police after feeling endangered. 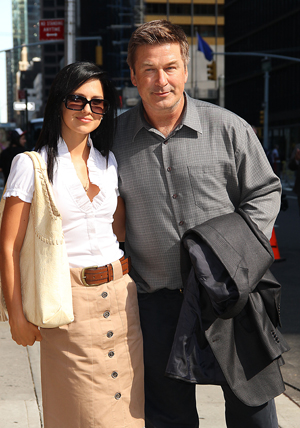 Oy. Many of us may lust after Alec Baldwin and his piercing blue eyes, but one Canadian woman has taken her amour to the next level — stalking, that is.

Genevieve Sabourin, a 40-year-old Canadian actress, was apprehended by the NYPD last night after attempting to contact Baldwin at his Manhattan apartment. Sabourin was charged with aggravated harassment and stalking. Yikes! Not exactly a point of pride for our country…

According to E! News, Sabourin did not make it into Baldwin’s building; he contacted the po-po after growing concerned for his and fiancee Hilaria Thomas’ safety. The Canuck stalkerette was arrested, booked and set free. This will look great on her resume, which is quite scant, actually.

Baldwin’s rep, Matthew Hiltzik, stated this on behalf of the 30 Rock actor: “As you know, stalking is a serious issue, so we’ve turned this matter over to the New York Police Department.”

There ye have it. Lesson here is this: The Canadian government needs to invest more money into the Canuck film industry, to prevent our actresses from turning to the stalkage of Hollywood stars. Sounds reasonable…