While in the U.S. the MPAA gave it an R rating, the controversial documentary on bullying received more love up North, where the Canadian boards rated it PG. 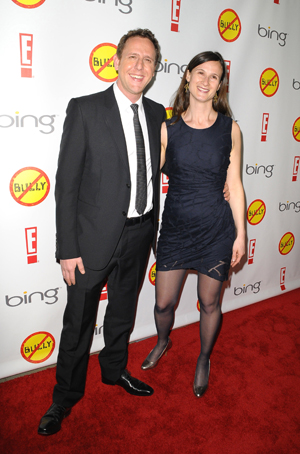 Go, C-A-N-A-D-A! Apparently we are pioneers, which is not something we are credited with often. Best of all, in a rare feat, the U.S. is following us. Ha!

The Canadian film boards have given Bully a PG rating, thus enabling minors to see it without parental supervision. The move is a bold one considering that in the U.S., the film distributors released the movie with a No Rating after heavy scrutiny of the MPAA’s decision to slap the film with a crippling R rating.

So what does that mean?

Well, in the U.S., the documentary will be screened at individual movie theatre owners’ discretion because it has no rating. But the Canuck decision to allow minors to see it has been a powerful inspiration to others.

“It’s given them a lot of courage,” director Lee Hirsch said. “I think that they’ve looked to that leadership because people are so frustrated with the MPAA. But theatres are showing it and they’re letting kids in… It’s kind of been great. It’s been fascinating.”

The film itself was deemed inappropriate for children by the MPAA because of a few swear words, which have very little currency within the documentary. Its focus is on the humiliation and cruelty some students endure at school and the consequences.

“I think it’s sparked a lot of outrage and I think it really got people talking… And in the middle of all of that I started getting calls telling me that B.C. gave it a PG and then Saskatchewan and Manitoba and Ontario. It was so affirming and gave us all a lot of courage to keep fighting,” Hirsh stated at a media stop in Toronto.

The film has a powerful message that needs to be heard, and we’re glad the Canucks are helping it along. Opinions?