Pregnant celebrity moms, unite! The former 90210 actress and reality TV star is standing up for her fellow celebrity buddy after the singer receives major criticism for her pregnancy weight gain. 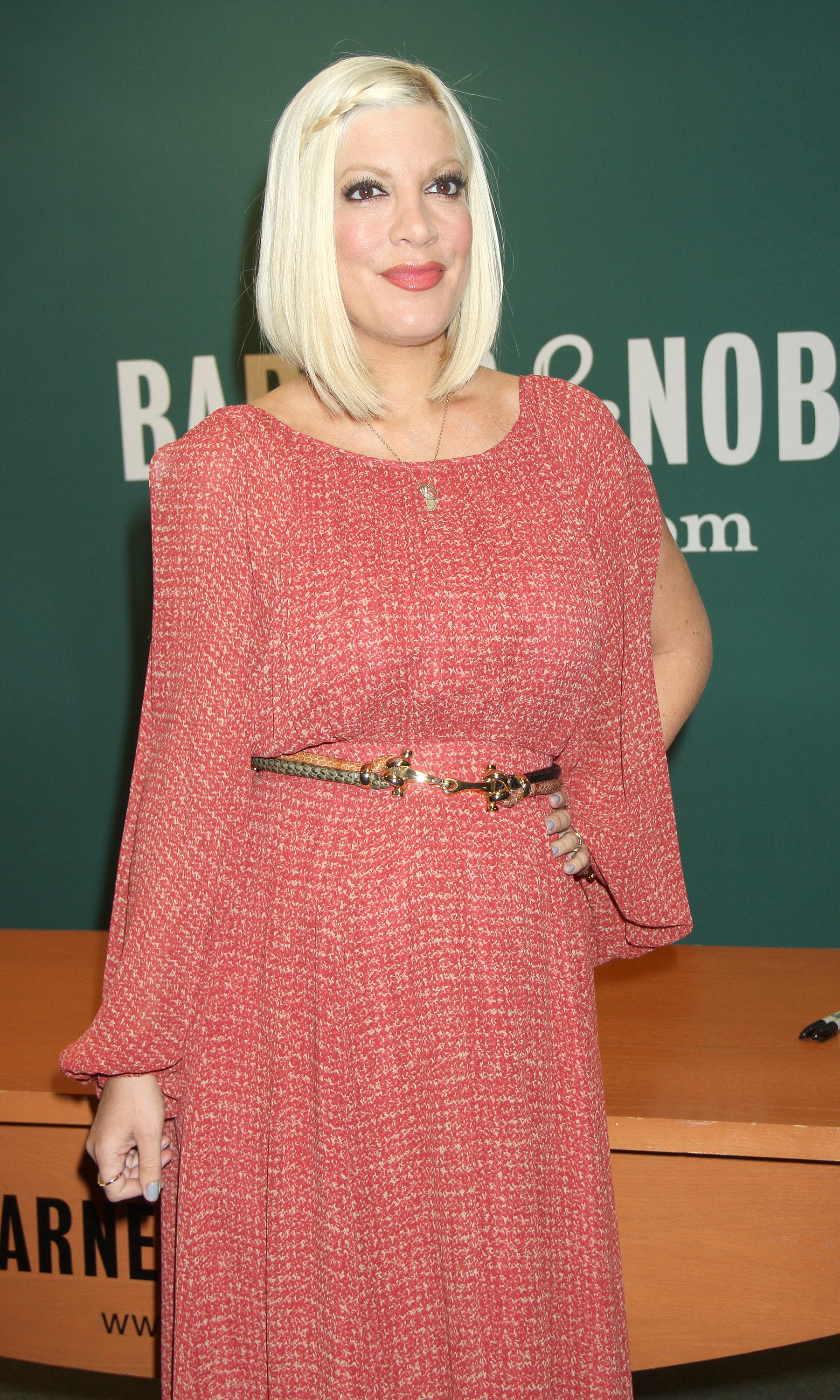 Rule number one: Don’t get a pregnant woman angry — especially a celebrity mom!

Newly pregnant and mom-of-three Tori Spelling is coming to the defence of fellow pregnant celebrity Jessica Simpson after the singer was criticized for her major weight gain during her pregnancy.

“When women are pregnant, people need to lay off,” says Tori to Celebuzz.com. “It’s a really special time, and you should be able to deal with it in your own terms.”

Tori, who is currently pregnant with her fourth child after giving birth to her daughter Hattie five months ago, told the entertainment website that Jessica should enjoy her pregnancy, flaunt what she’s got and not worry about weight.

“You just have to wear it proud and go with it. Every body is different. As far as weight, you never know what is going to happen. You can’t control what angle people are snapping your photo from.”

Jessica is due any moment now with her first child with former NFL player and fiance, Eric Johnson. The two are expecting a baby girl. Earlier this week, The View co-host Joy Behar commented on Jessica’s baby weight gain, saying she “gained a lot more” than the average pregnant woman.

We think everyone should just give Jessica and all pregnant women a break! After all, pregnancy is all about eating whatever you want and combining odd and delicious foods to satisfy your cravings. And we know that, after giving birth, Jessica will cash in on her weight loss from her rumoured $4 million deal with Weight Watchers.

So let Jessica have her cake and eat it too — literally!