This is definitely not comedy material. Actor/producer/director Tyler Perry shared a story on his Facebook page about his recent encounter with racial profiling. 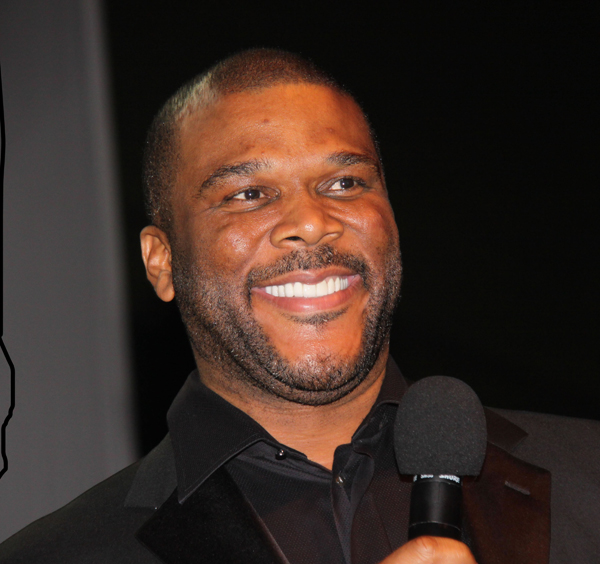 Tyler Perry claims he was a victim of racial profiling when he was pulled over by two hostile white police officers in Atlanta. An internal investigation has been launched.

Perry recorded the events on his Facebook page, stating that he was driving to the airport in Atlanta — sans security — and, to ensure he wasn’t being followed, made a left turn from a right lane. A move that subsequently got him pulled over.

Initially two officers were present at the scene. Perry explained that he made the illegal turn as a precaution to be sure no one was following him, to which one of the officers said, “Why do you think someone would be following you?”

The second officer, meanwhile, approached Perry’s car from the passenger side and loudly banged on the window in a threatening manner. The Good Deeds actor rolled down the second window as well.

“What is wrong with you?” the second officer asked.

Perry, confused by the unprecedented hostility, was at a loss for words. The first officer attempted to remove the car keys from the ignition, not realizing that Perry’s car worked on an on/off switch. While the officer fiddled around with the ignition button, Perry reached into the cupholder for the keys.

“I reached down into the cup holder to get the key, not realizing that the key had a black leather strap on it. As I grabbed it they both tensed up and I dropped it as I heard my mother’s voice from when I was a little boy.

“My mother would always say to me, ‘if you get stopped by the police, especially if they are white policemen, you say ‘yes sir’ and ‘no sir,’ and if they want to take you in, you go with them. Don’t resist, you hear me? Don’t make any quick moves, don’t run, you just go.’”

Perry urged the officers to write a ticket for him so he could leave, but the officers seemed to become even more aggressive and said they may not let him go at all. At this point, Perry insisted on getting out of the car — to have witnesses to the injustice — and another police car pulled up. An African-American officer stepped out and, after recognizing Perry, pulled the other two officers aside and talked to them.

“After that, one of the officers stayed near his car while one came back, very apologetic,” Perry stated on his Facebook page.

He concluded the narration with “RACIAL PROFILING SHOULD BE A HATE CRIME INVESTIGATED BY THE FBI!!!”

Tough situation, difficult to prove. These officers definitely seemed hostile; whether it was racial profiling or harassment is to be determined. But they should be brought to justice. Whether Perry made an illegal turn or not, the officers must keep to the law and proper conduct.