It’s a boy season so far. Alessandra Ambrosio revealed that she is expecting a baby boy. The model is due in a little over a month. 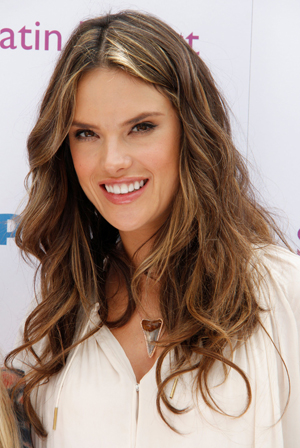 The world is soon to become a lot more good-lookin’… Alessandra Ambrosio is having a baby boy!

The 30-year-old Victoria’s Secret model announced via E! News that she is pregnant with a second child, and it’s going to be a wee little baby boy.

“I am having a boy! I am so excited!” Ambrosio stated. “Because I already have a daughter, I know what to expect with a girl, so having a boy means it’s going to be surprising all over again. My fiance is so excited. Now he has company! He won’t be in a house full of girls anymore!”

The Brazilian model is engaged to businessman Jamie Mazur.

Diversity, right? At least now Ambrosio and beau will not be limited to a pink colour palette, but can branch out into “manly” shades as well.