Rihanna has become as famous for her ever-changing hairstyles as she has for her music. But could her many ‘dos be saying something more than your basic style ADD? 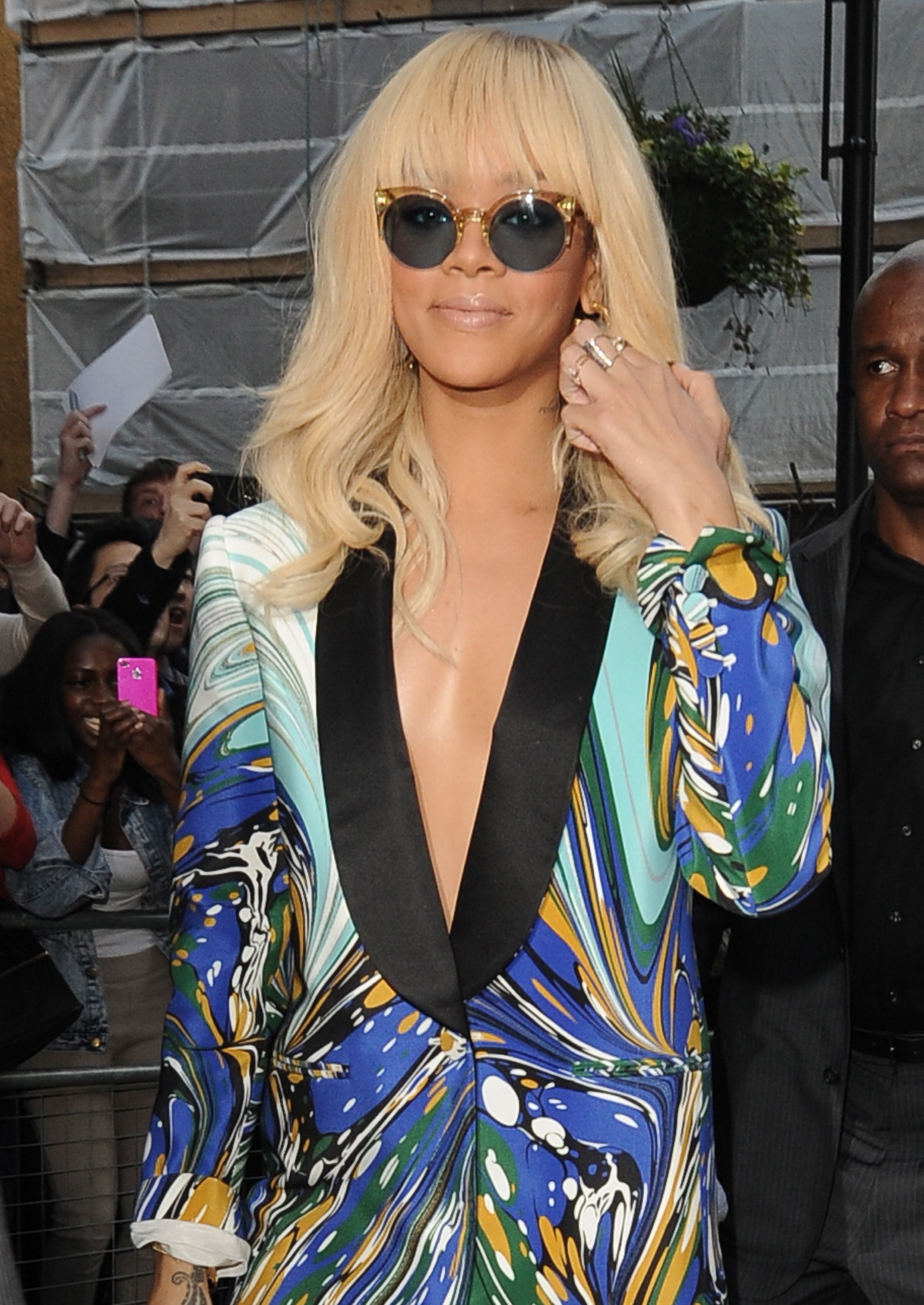 Self-expression can be practiced in many forms: Some people turn to writing their feelings; others find they can speak most clearly through what they wear; still others find tattoos an effective way of communicating a personal message. And then there’s Rihanna. If you want a clear idea of what Rihanna’s got to say, don’t rely on her enormously popular music — just look to her hair.

There is no celebrity with as expressive a head as Rihanna’s. Since she exploded onto the music scene in 2007, starting with her single “Umbrella,” Rihanna’s hair has suffered a serious case of ADD. Every time she is photographed, it seems as though Rihanna’s changed her ‘do once again. We have seen her go from super-short cuts to billowing locks, and cover the spectrum of every colour of the rainbow in the blink of an eye. She just switched things up yet again, swapping her full, blonde locks for jet black and shaving a portion of her head. But is Rihanna simply the most bored person on the planet, or does her ever-changing hair represent something a little deeper? We’ve taken a look at some of Rihanna’s most dramatic hairdos over the past few years and have come to the conclusion that Rihanna’s hair is not only fabulous, it also provides some insight into the trajectory of her career.

This was the year of Rihanna. It was nearly impossible to turn on the radio without hearing the distinctive voice of the Barbadian beauty singing her catchy songs. Because she was about to become one of the most recognizable people in the entertainment world, to agree with her rebellious Good Girl Gone Bad album title, Rihanna needed a rebellious and defining look that would set her apart from the countless other long-haired pop stars. With her short and severe hair, Rihanna cut right through her competition, all business and ready for serious fame. And of course, long hair would be a poor choice for all the water that was sure to pour upon her during live performances of “Umbrella.”

In her first big year on the scene, Rihanna proved she could effortlessly pull off short hair. But just in case we weren’t convinced, she went even shorter, sporting a boy cut heavy on top and with bangs. If her bob represented her arrival onto the scene as a rebellious star to be taken seriously, then this shorter cut was an emphasis of this fact. Rihanna’s star was rising faster than ever, as she gained huge popularity and career success. Symbolic of how coveted a star she had become was the fact that salons were soon inundated with ladies who badly wanted Rihanna’s new ‘do as their very own.

After coping with the after-effects of her abusive relationship with Chris Brown the previous year, Rihanna soon returned to the public eye a bit darker and more fired up. What did this mean for her hair? Red. Despite literally being knocked down, Rihanna was as ferocious as ever, continuing to climb the charts and produce award-winning and critically adored music. She clearly dug the red, since she soon expanded its volume a million-fold, swapping her famously short hair for a very long, bright red alternative. Rihanna was moving on with her life and her career, making way for big changes, a fact proven in the volumes spoken by her new hair.

While she may have gotten tired of the fire engine red colour of her hair, Rihanna seemed to take to the lengthy, feminine style she once avoided. Between 2010 and 2011, Rihanna moved from a soft brown colour to her most recent feathery blonde hairdo. These otherwise conventional looks somehow made Rihanna seem even edgier than her short hair did. Which makes perfect sense, of course, for a woman whose music — even at its most overplayed and pervasive — continues to surprise and inspire us.

Rihanna admits to going too far at times in her music videos
Pulling their weight: Celebs who sacrifice bodies for roles
Katy Perry goes 3-D in upcoming biopic