Kim Kardashian just can’t get a break these days, can she? Her LA boutique, owned with her two sisters, was the scene of an anti-fur protest organized by two beautiful models and social activists who want the reality queen to stop selling fur in her store. 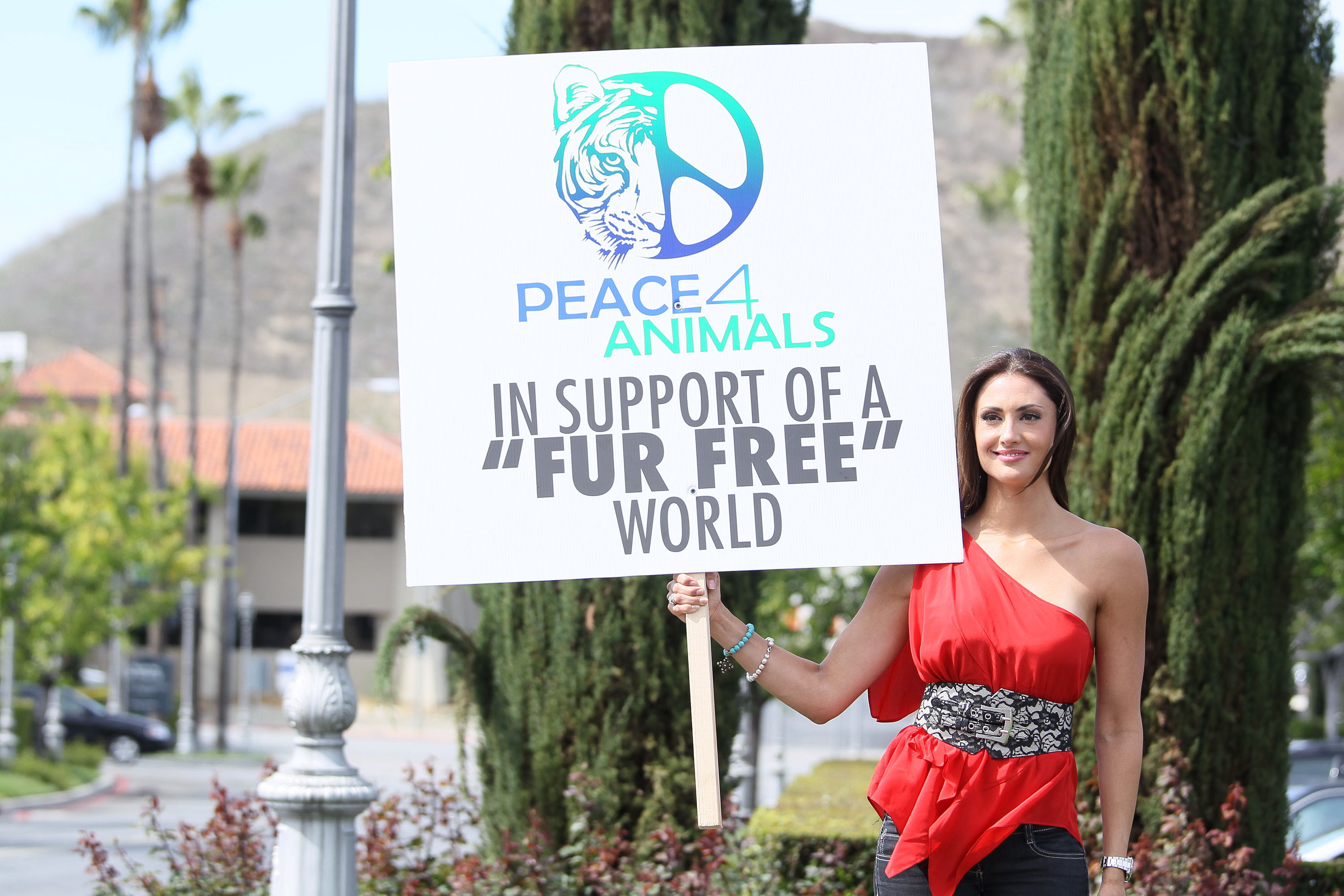 Did the Kardashians make a dash from their DASH boutique?

It appears that reality queen Kim Kardashian, along with the other members of the Kardashian clan, has left L.A. right just when models Katie Cleary and Joanna Krupa organized an anti-fur protest outside Kim, Khloe Kardashian and Kourtney Kardashian‘s clothing store. According to the Daily Mail, the models organized the protest after it was announced on Kim’s blog that they were going to relocate their store to Melrose Avenue in West Hollywood.

“One of the most influential families in the entertainment industry that could help give animals a voice on a large scale are the Kardashians,” says Joanna in a statement to RadarOnline.com.

The models, who are also animal rights activists, planned the protest in partnership with social activism group Care2. The beauties managed to get over 140,000 people to sign the petition, pleading with the Kardashian sisters to stop selling fur in their boutique.

However, Kim did not stay around to glance at the signatures. Instead, along with her mom, Kris, and half-sisters Kendall and Kylie, she went to the Dominican Republic to enjoy some beach time while filming her reality television show.

This is not exactly the best way to damage-control this situation. We understand that Kim may be apprehensive to show her face at any anti-fur protest after her flour-bombing experience last month, but some sort of acknowledgement or statement from her about this campaign would be nice, especially since Katie and Joanna told the entertainment website that they think the Kardashians can make a difference in their campaign.

“As a fashion-forward family with their clothing line in stores all over the U.S., they have the power to influence millions of people around the world.”