After disqualifying Jenna Talackova for being a transgender woman, the Miss Universe Organization has reversed its decision and is allowing the contestant to compete. But she needs to comply with a list of requirements first. 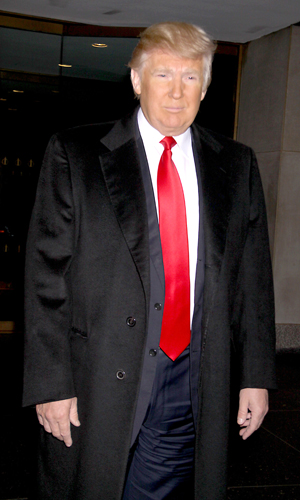 All is not lost for Vancouver-native Jenna Talackova, who was disqualified from Miss Universe 2012 last week for being a transgender woman.

The Miss Universe Organization (operated by Donald Trump) announced it has overturned its initial decision, and is even working with GLAAD to update its competition policies. The beauty organization stated that Talackova may return to the competition “provided she meets the legal gender recognition requirements of Canada and the standards established by other international competitions.”

Now, although this is a step in the right direction, the battle is not exactly won. Not only do gender definitions vary from province to province in Canada, but international requirements are even trickier. In Miss US International, for example, the contestant must be a “naturally born genetic female.”

“They are not asking people to vote; they are arranging a series of events that are going to produce the result that they want,” said Paddy Aldridge, owner of Take a Walk on the Wildside, a Toronto-based business created for cross-dressers, transexuals and transgendered people. “If they found somebody who would not permit this on an international level, then it’s going to be like, ‘What are we going to do?’”

So, it is not certain that the Canadian contestant will be able to return. This appears to be more of an official gesture aimed to smooth over the rough patches, since there was a public outcry about the discrimination against Talackova and her subsequent disqualification.

The Miss Universe Organization needs to step up its game and either accept her as a competitor or not. Publishing statements with fine print is sly.

Talackova is scheduled to hold a press conference in Los Angeles today with her attorney.