Alec Baldwin is officially off the market; there’s no turning back. The actor proposed to his girlfriend, Hilaria Thomas, this weekend. 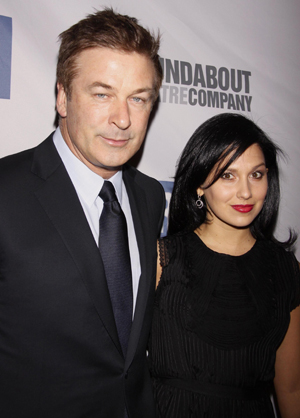 Oh, who can resist that man’s blue eyes? Not Hilaria Thomas, that’s for sure.

The couple has been dating approximately a year, and the actor reportedly proposed during a trip to the East End of Long Island. This will be Thomas’ first marriage and Baldwin’s second. He was previously married to Kim Basinger, with whom he has a daughter, Ireland Baldwin, who was one of the first to congratulate her Pops on his engagement.

“Congratulations to @AlecBaldwin and @hilariathomas on getting engaged! Love you guys.”

Baldwin is turning 54 tomorrow, so we will count this as an early present. Congratulations to the happy couple!