Justin Bieber is in some hot water for tweeting a phone number to millions of fans, thus prompting them to harass several Texas residents with insistent phone calls. 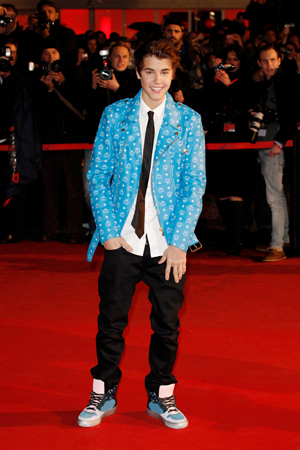 Oh, the rues of Twitter… When will we ever learn?

Justin Bieber owes many Texas residents an apology after tweeting a 214 area number with the message, “Call me now.” The last digit of the phone number was omitted but since his fans are not idiots, they began trying multiple number combinations and ended up calling several households thousands of times.

The residents of two such households – Kent and Dilcie – teamed up and hired a lawyer to bring Bieber to justice for having their phone ring off the hook.

It is unclear whether Bieber meant it as a prank or an honest mistake. But somebody take this kid’s Twitter account away from him!

The victims of the call bombardment would be quieted with some Bieber concert tickets, some endorsement of an online project and – of course – some financial compensation according to TMZ.

The lesson here is: Justin Bieber should be grounded – a week without internet. And that’s final!