Katy Perry does not strike many as a propaganda mule, but Naomi Wolf, a feminist writer, insists that’s exactly what she is — and that we should boycott her music. 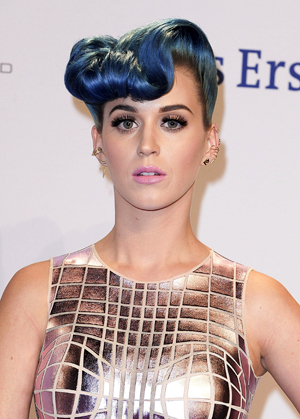 Has everyone seen Katy Perry’s “Part of Me” video? If not, check it out and buckle up for a bumpy ride.

Feminist writer Naomi Wolf was not so impressed with the pop star’s display of butt kicking, calling it Marine propaganda.

“It is a total piece of propaganda for the Marines… I really want to find out if she was paid by them for making it… It is truly shameful,” Wolf wrote on her Facebook page.

Whoa! Intense, right? But she wasn’t done and took it one step further:

“I would suggest a boycott of this singer whom I really like — if you are as offended at this glorification of violence as I am.”

As if a Marine music video — albeit beautified — would unravel our society’s standards and we’d all join the army. And nowadays, is Katy Perry the epitome of shameful? Really? There are enough booty-shaking, women-degrading videos out there that are a bit more appalling than our dearest K.P.’s.

Judge for yourself. Opinions?