This one kind of came out of nowhere, but Bradley Cooper and Zoe Saldana have ended their three-month relationship. How do we feel about that? 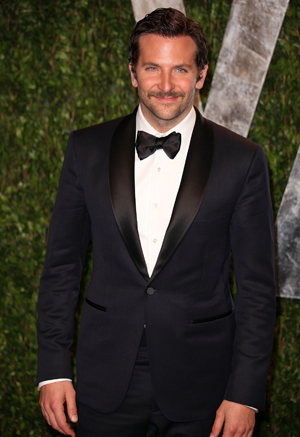 Ladies, get that hair and those nails done — Monsieur Bradley Cooper is le single again.

That’s right. We were all a little le shocked and heartbroken when news broke about Zoe Saldana and Bradley Cooper’s courtship, but after three months of dating and no PDA photos whatsoever, the couple called it quits last week.

According to E! News and a source close to the couple, Brad was the one who broke it off.

“He dumped her. He just doesn’t want to be in a relationship at the moment.”

“They have a great friendship, a natural chemistry, and it was for that reason their relationship was able to grow into something more,” the source told E! News. “But the timing was wrong. They are in different places in their lives.”

It is what it is. The tough lives of beautiful people… But now Bradley Cooper is back on the market, and the fan stalking odysseys may resume once again. Go, ladies, go!