That film was the beginning of a whole new style of comedy. We laughed, we cried and then we laughed some more. And now we can look forward to the Anchorman sequel with the original cast. 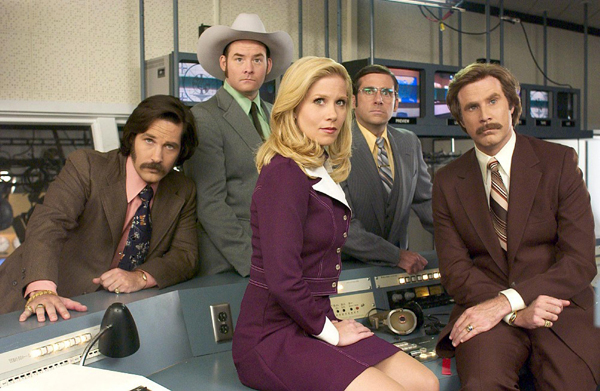 Dear Jebus. It’s time to break out that scotchy, scotch, scotch and Sex Panther cologne, because the Anchorman crew is gearing up for a sequel!

Oh yes. Will Ferrell is returning as the irresistible Ron Burgundy, along with his entourage, Brick Tamland (Steve Carell) and Brian Fantana (Paul Rudd). No word yet whether Christina Applegate and David Koechner will be resuming their respective roles as Veronica Corningstone and Champ Kind. But we do know that the film will be directed by Adam McKay and produced by Judd Apatow.

Can you smell that? It’s the smell of desire.

Glorious news, indeed. The film is not going to be released for a while, so we must pace our excitement. For now, we can satisfy our craving with the original movie, to be watched twice daily until the release of the sequel — doctor’s orders.

That is all, kids. Godspeed!

More on Will Ferrell