The Parents Television Association are not very happy by the fact that the film Bully will be released unrated and that the MPAA is not reinforcing it’s rating system. 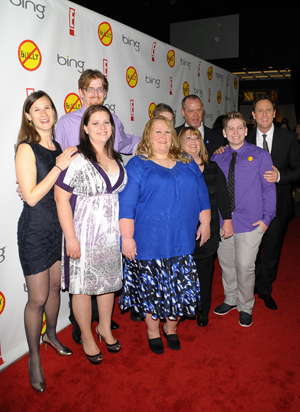 The documentary Bully has been getting quite a bit of buzz and avid support from celebrities such as Johnny Depp, Demi Lovato, Ellen DeGeneres and Meryl Streep – that’s only to name a few.

The subject of the documentary is self-explanatory – bullying; it sheds some light on the tragic deaths of Ty Smalley and Tyler Long, who took their own lives at very tender ages because of mistreatment at school.

The film initially was rated R by the MPAA, but after several attempts to overturn it, the Weinstein Company announced that it will be releasing the movie as unrated, despite MPAA.

The R rating doesn’t allow minors to watch the film or it to be screened in schools, which destroys the purpose and the message behind it.

But obviously, the glove was thrown and the Parents Television Council (PTC) gladly accepted the challenge of stirring the pot… As usual.

“This move, regardless of intentions, sets a precedent that threatens to derail the entire ratings system,” Tim Winter, president of PTC stated. “If a distribution company can simply decide to operate outside of the ratings system in a case like Bully, nothing would prevent future filmmakers from doing precisely the same thing, with potentially much more problematic material.

“The MPAA’s job is not to make subjective judgments about the merit of a film of the importance of the film’s message. The MPAA’s sole task is to take an objective measure of the adult content in a film, and apply the appropriate rating.”

It is the MPAA’s job to designate appropriate ratings but the distributer evidently is at liberty to act outside that rating. But not all distributers would step outside the box like this, so it’s unlikely that any “derailment” will take place. Now, it is up to the parents to allow their offspring to see the film or not.