Glee already has a bucketful of star power behind it, but the show decided to turn it up a notch. Lindsay Lohan and Whoopi Goldberg are set to appear in the season’s final episodes… Drama time! 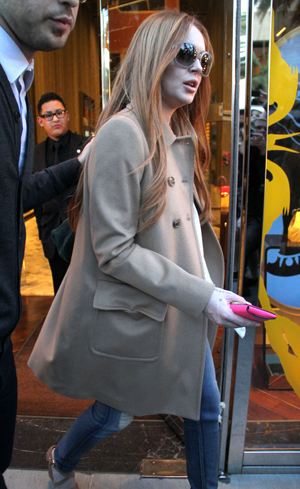 Ye gleeks, rejoice! Surprising new faces will be appearing on the popular TV show. They ain’t no Ricky Martin or Gwyneth Paltrow but these actresses are sure to boost those ratings.

Oh yes, this will be a hoot! Whoopi Goldberg and Lindsay Lohan are scheduled to appear on Glee; surprisingly, both have a musical past… Sister Act, anyone? Do you want to Speak about “Rumors”? Ha, inside jokes.

We are all still recovering from Lohan’s singing attempts, but fear not, she is not threatening to belt out tunes on the show. Lindsay is appearing as a judge at the Nationals in one of the final episodes of the season. This is sure to give that career a boost, eh?

Goldberg is scheduled to appear in three episodes playing a recruiter for the performing arts school that characters, Rachel (Lea Michele) and Kurt (Chris Colfer), have set their little hearts to attend post high school.

Very interesting casting choices. Of course, everyone will be watching out for Lin-Lins and her performance, which – no doubt – will be torn apart by the critics with their handy scrutinising monocles.

But this makes up a very interesting season finale. Stay tuned.