The woman who flour-bombed Kim Kardashian has been identified and her sister, as well as PETA, spoke on her behalf, showing support for her actions. 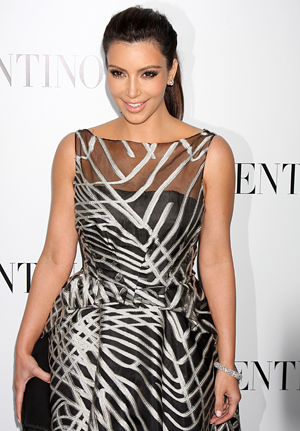 Earlier this week, it turned out that Khloé Kardashian Odom had a connection to Kim Kardashian’s flour bomber (Christina Cho) through her sister Michelle Cho, who coincidentally happened to have worked with Khloé on her nekkid PETA ad… This is getting confusing.

And while Kimmy is considering suing Cho for her flour-pelting ways , Michelle Cho and PETA have offered support to the human powder-dispenser and even approval.

“I am not my sister’s keeper,” Michelle told E! News, “but I love her and have seen her sacrifice a lot of herself as a terrific activist. We work in different ways to help stop animal suffering. It is Christina who got me into the movement to protect animals, and I’ll always be grateful to her for opening my eyes.”

The pioneers have always been known to be more aggressive than their descendants. Flour bombing to save animals is akin to tossing sandwiches at fishermen to preserve marine life… The impact is minimal in both scenarios.

“If Christina Cho is the person who sprinkled flour on Kim Kardashian, we know Christina as a very kind, wonderful, long time volunteer. At a reception at our LA office last month she was with a group who watched this video and was visibly shaken. We will support her totally,” read the statement issued by PETA though E! News.

As if PETA’s reputation is not bad enough. Blindly supporting a – debatably – violent and spiteful act of a fellow activist whilst promoting cruelty-free philosophy is a little hypocritical. The organisation needs support of the public, so the hostile behaviour of its’ representatives needs to be purged.

Kimmy Kim has a right to wear what she will; flour pelting infringes on those rights and dilutes the message the activist in question – Christina Cho – was trying to send.