Miley Cyrus sure knows how to get attention. With the media recovering from the frenzy of what appeared to be an engagement ring on Miley’s finger, we got to thinking about some of our favourite shocking Miley moments. And there have been quite a few! 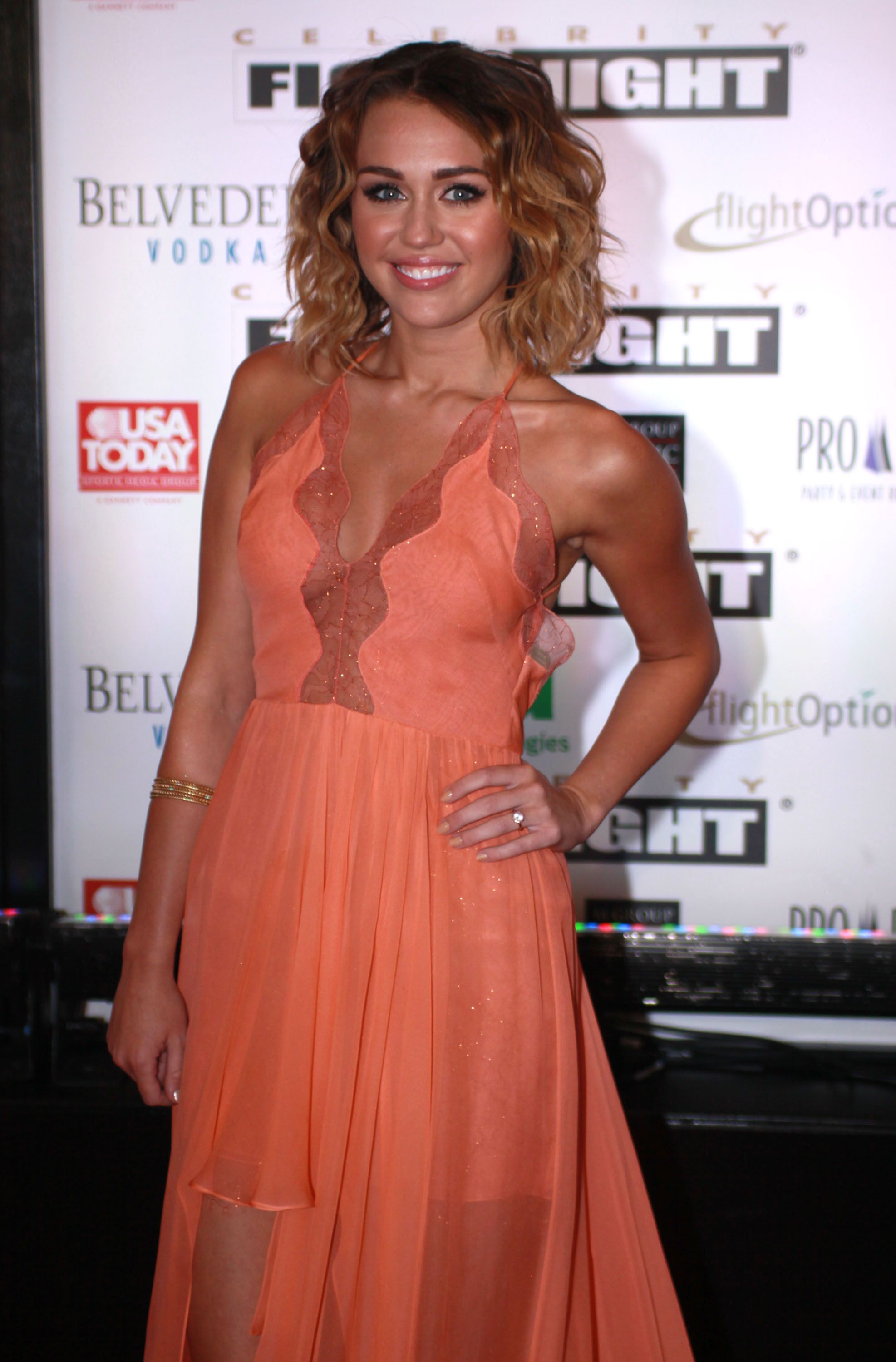 Miley, Miley, Miley. Gone are the days of her innocent girlhood as a Disney star, prancing around in all her tween idol glory. It seems like Miley has grown up to be a headline-making machine, sporting an unpredictable image and penchant for surprising the public. Most recently, she was seen wearing a suspicious looking ring on her left hand’s ring finger, sparking instant speculation that she and on-again-off-again boyfriend and Hunger Games star Liam Hemsworth were suddenly engaged. Miley quickly set the record straight that the ring was a topaz, not a diamond, and that she had been wearing this particular ring on this particular finger for a long time.

Not that we’d have been all that surprised if it had been an engagement ring. After all, Miley has demonstrated some decidedly controversial behaviour in the past. Which, as we all know, is par for the course for Hollywood stars coming of age in the public eye. However, Miley’s case seems to be a special one. She is certainly displaying a rebellion that most people might have expected from a former child star of her wattage. Yet the way in which she is rebelling is what seems unexpected. When Miley acts out, she does so in ways that keeps us on our toes, leaving us guessing as to what she might possibly do next to get our attention. There have certainly been some pretty wild Miley moments, but we thought we’d share our top five favourites.

This is where it all began. Miley caused a storm of controversy with her revealing Vanity Fair photo, in which she appeared naked under a strategically draped sheet. Just 15 at the time, Miley was criticized for giving her young and impressionable fans the wrong idea, while Vanity Fair was criticized for what looked like the sexualization of a minor. Miley fiercely defended the shoot, explaining that people should be less concerned with what they thought it represented and more concerned with the art of the shot itself. Any sexuality perceived in the shot, she argued, reflected the perspective of the viewer, not the photo itself. Whatever the intent of the photo, one thing was certain: Miley was well on her way toward becoming the controversial star she is today.

Not long after her Vanity Fair shoot, Miley starred in the feature film The Last Song. At the wrap party, the 16-year-old Miley was recorded giving Adam Shankman, the movie’s openly gay producer, a lap dance. Decidedly risque for a girl her age, especially considering Shankman is very much her senior. Her father, Billy Ray Cyrus, didn’t object as you’d expect a father to, stating that it is what girls her age do. Hmm… if you say so!

Nothing says controversy like being caught on video smoking illegal substances. When a video was released featuring Miley, surrounded by her friends, taking a hit of the drug salvia out of a giant bong and getting very high, Miley was under fire once again. This time, she did not defend her actions, stating that she had made a mistake. Miley explained that she recognized that she had an image to keep up for the sake of those who regarded her as a role model. Shocking as it was to see, there was something humbling in watching as big a star as Miley Cyrus behaving like an ordinary teenager.

It’s an image you’re not soon to forget. For her boyfriend Liam’s most recent birthday, a cake in the shape of a penis was enjoyed by all — especially Miley. Making the rounds from that night was a picture of Miley standing next to the cake with her mouth wide open, tongue out. A surprising sight to behold, but this incident was more funny than anything; except, perhaps for Liam. Let’s just hope he didn’t feel too… inadequate.

Miley, clearly on a path to finding her true identity, infuriated her fans when she quoted physicist Lawrence Krauss on Twitter. The quote had to do with having been created as a result of the Big Bang, not God. This came as a shock because Miley was once a devout Christian who even wore a purity ring. Miley went on to defend her science-loving stance against Christian critics, even though it meant losing the faith of a bunch of former fans. We’re sure proud of her guts.