Kim Kardashian’s recent humiliating flour bombing got us thinking about her long list of celebrity haters. What if one of them was behind the whole operation? 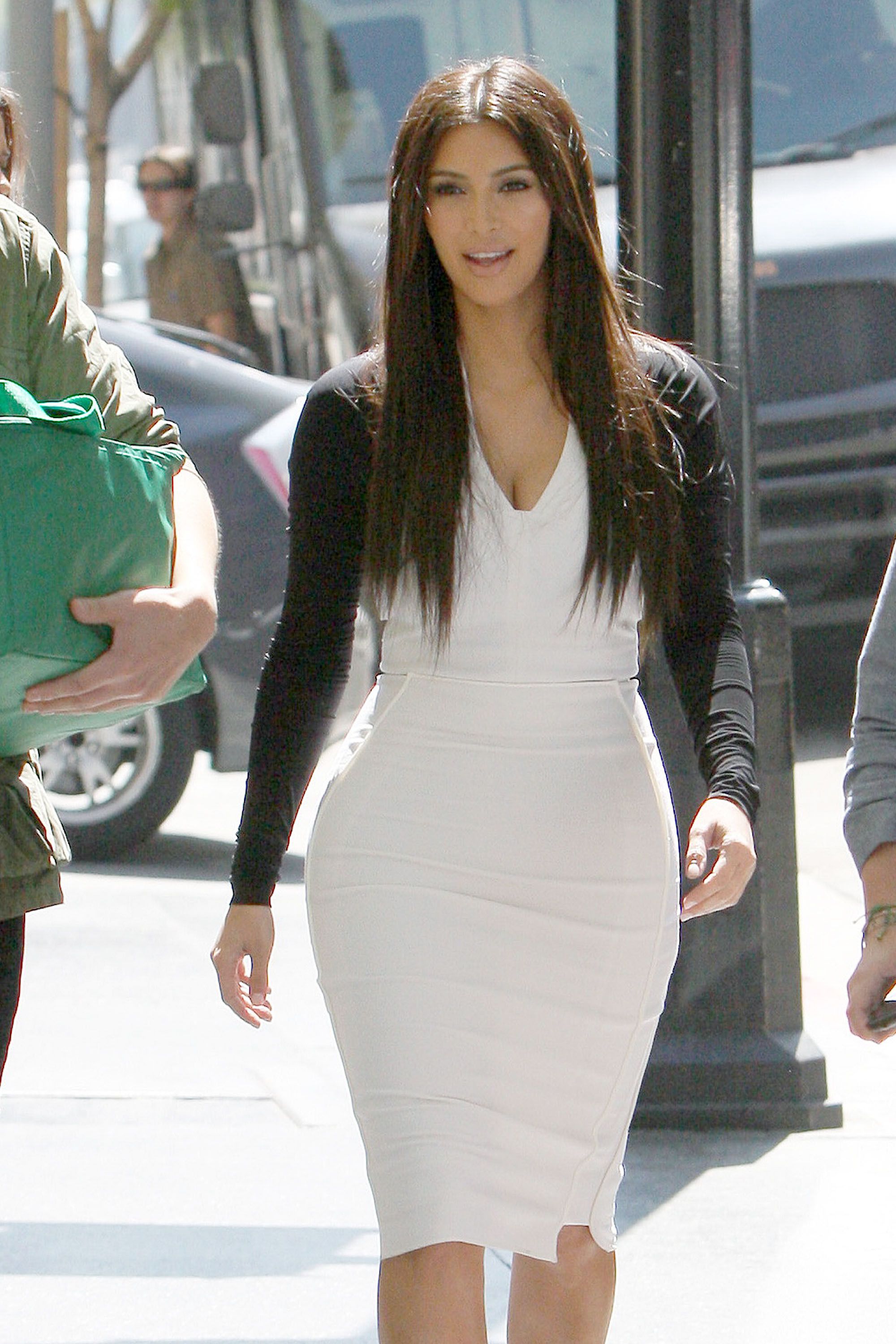 When celebrating their big nights, some celebrities may get a bouquet of beautiful flowers. Others, like Kim Kardashian, just gets floured. Kim, who seems to be going for the title of most gossipped about person of the year, was flour bombed at a recent red carpet event in honour of the release of her new fragrance. Apparently, a woman who pretended to be with the press approached Kim on the red carpet and yelled what sounded to be “fur hag” right at her, before showering the reality TV princess in baking flour. While Kim initially stated she would not press charges, she has now decided that she, in fact, will.

Before you go writing this one off as yet another angry PETA demonstration, get this: PETA has denied any involvement in the attack, though it does seem rather pleased that Kim has gotten what they believe Kim deserves. PETA has voiced its disapproval in the past over Kim’s penchant toward fur and other materials that compromise the well-being of animals.

Since her divorce from Kris Humphries after 72 days of marriage, Kim has been the target of endless accusation and ridicule. She has wracked up a pretty impressive number of haters, it’s true. Yet rising from the masses of pitchfork wielders and torch carriers are a few figures whose famous denouncements of Kim make our imaginations run wild with the fantasy that perhaps they masterminded this flour attack. If it wasn’t PETA, then who might it have been? Here are our top celebrity suspects:

Well, obviously. Who can possibly blame the man that many people believe to have been a mere pawn in Kim’s rumoured money-making marriage scheme? If anyone has it in for Kim, it’s Kris. Of course, to douse her in flour seems a bit disproportionately tame when comparing the humiliation she put him through in their famously ridiculed divorce. If it was Kris, wouldn’t he want to go for a more proportionately mortifying attack? Well, let’s deconstruct the scenario, shall we? The last time Kim was clad in white, she was walking down the wedding aisle to meet Kris at the altar. Now, covered in flour, she is once again wearing white, but this time, she is an absolute mess: A bride blushing not from innocent bashfulness, but from utter humiliation. This might be a direct message from the spurned Humphries. Perhaps this is the start of a brilliantly designed string of small but humiliating attacks on Kim to remind her of her marital misdeeds, designed to accumulate until they cause such extreme psychological damage that she becomes nothing but a hollow shell of loneliness and self-loathing. Or, maybe he just thought it would be awesome if she got covered in flour.

It’s no secret that Jon Hamm is a proud passenger on the Kim-hater train. A recent interview got Jon a lot of attention after he made a remark about Kim and her famous-for-being-famous cohorts being “f*****g idiot(s),” to which Kim fired back, quite defensively — something she rarely does when criticized publicly. But it didn’t stop there. Remarks have been coming back and forth from both camps since the incident defending their stances. Jon is an undeniably charming and intelligent man with an irresistible face, and the last person you’d ever think to stoop so low as to have Kim attacked with flour. However, he does play a mysterious man who knows how to use his power pretty convincingly on Mad Men. Could he be drawing from real life? Is Jon Hamm the unexpected flour bombing mastermind? Getting a woman to do his bidding would have been the easiest part of the plan. After all, who could ever resist the chance to do whatever Jon Hamm asks, even if it is pouring flour all over Kim Kardashian?

Though it has been reported that the once best frenemies have officially reconciled and are no longer feuding, you really never know if these things are for real. Before Kim hit it big with her famous sex tape and then reality show, she was known as one of Paris Hilton’s BFFs — also made famous thanks to a sex tape and reality show. Now, it seems as though Kim has eclipsed Paris, if not in fame, then at least in infamy. It’s Kim’s face all over the place, not Paris’ anymore. And for someone who obviously requires a great deal of attention at all times, this might not sit so well with Paris. Perhaps Paris has seen Kim’s recent plummet in popularity as a chance to climb back on top the socialite ladder. Could Paris have it in her to kick Kim when she’s down? She would certainly earn a few points with the Kim haters if they found out that she was behind the whole operation. And isn’t popularity everything?