This could just be a fluke, but… Miley Cyrus was recently spotted wearing what appeared to be an engagement ring, which sparked rumours that she may be betrothed to boyfriend Liam Hemsworth. 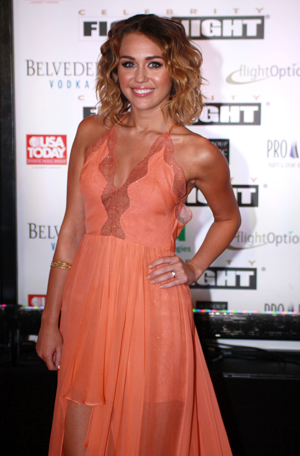 Dear Neptune, is this true? Rumours are a-swirling that the baby-child, Miley Cyrus, and her boo, Liam Hemsworth, may be… Engaged?

Yes, the rumours sparked when the 19-year-old singer/actress made a public appearance with her beau, whilst sporting a rock on her ring finger.

Is this what’s happening now? Children are allowed to marry?! Now, logically this could just be a publicity stunt or a simple choice of wearing a ring on that particular finger. As rebellious as Cyrus appears to be, let us put a bit more faith in her maturity.

The couple began dating in 2009, and own a dog together named Ziggy, that Cyrus gave to Liam on his 22nd birthday.

Twitter is awfully silent at this moment, where art thou Miley? Dispel these rumours, please.