Move aside Serena and Blair – Chace Crawford has his eye on another female. The Gossip Girl star has opened up about his slight crush on British actress Elizabeth Hurley, who has won over the actor with her charm and beauty. 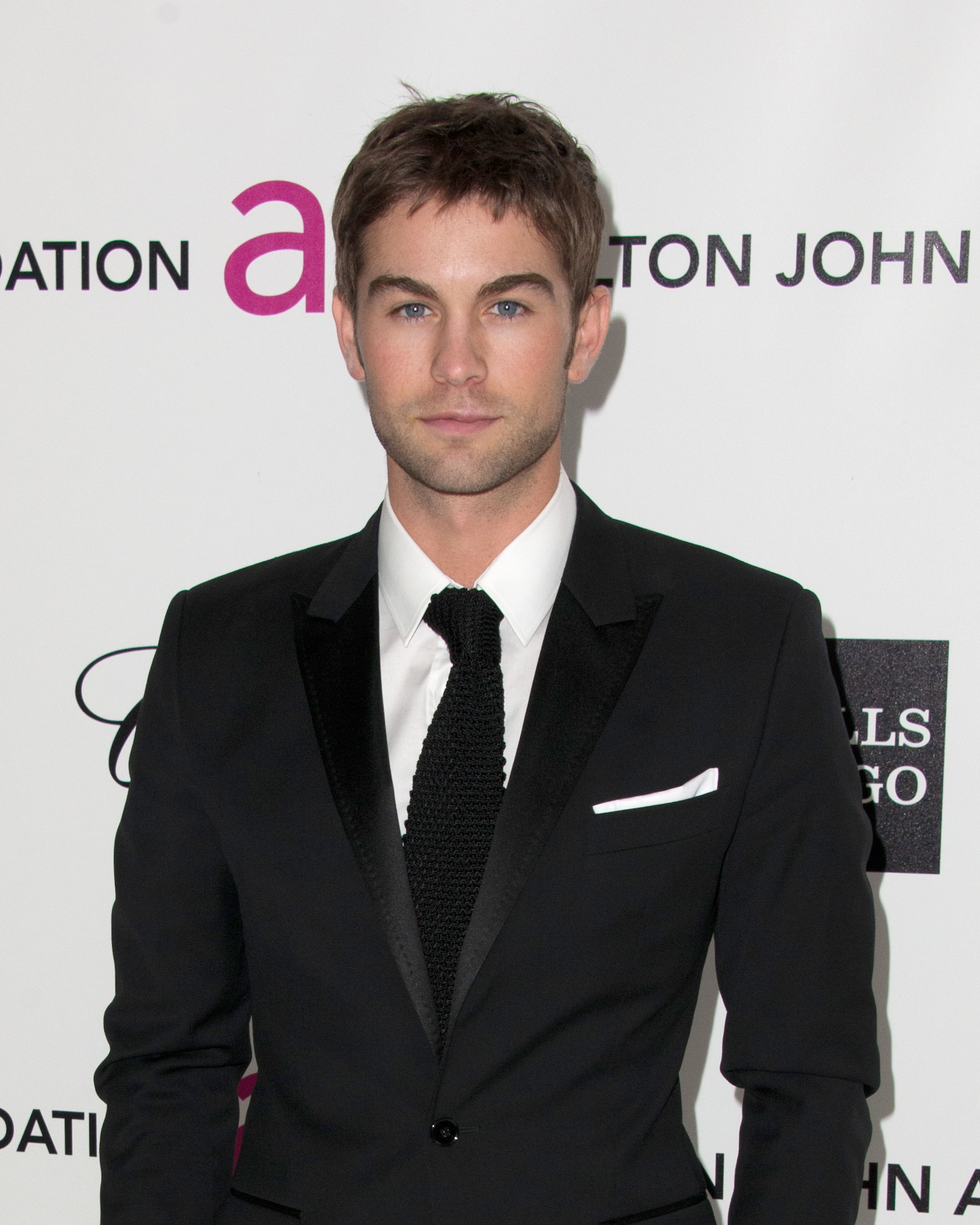 Listen up ladies: Chace Crawford has revealed who his ideal woman is – and it isn’t anyone under 25.

The Gossip Girl star appeared on ITV’s British talk show Lorraine and said that British model and actress, Elizabeth Hurley is his kind of woman. Chace told Lorraine that the 46-year-old stunning beauty is the “epitome of the ideal woman.”

It appears that Elizabeth’s portrayal of her character, Diana Payne, the love interest of Chace’s character, Nate Archibald in season 5, put a spell on the bright blue-eyed hunk because he couldn’t stop gushing about how fabulous she was to work with – even though the romantic relationship was only for television.

“It’s been phenomenal. She’s the most charming – I mean she’s still as gorgeous as ever,” said Chace on the show via Daily Mail. “I love the voice. On the show she’s trying to tell me all these things and I’m trying not to crack a smile because she’s so charming.”

Now as much as we may get jealous from the fact that Chace is attracted to Elizabeth rather than us, we can’t help but admit that Elizabeth would be one sexy cougar if she wanted to be. Besides not looking older than 30-years-old, being enchantingly beautiful and very poised, the actress has successfully proved that you don’t need to be young or naïve to succeed in Hollywood. And we also know that Chace was just being friendly with his words, we hope, and that Elizabeth is already taken by Australian cricketer Shane Warne.

But don’t sharpen your nails just yet in hopes for another imaginary chance at love with the actor because Elizabeth plans on returning to the streets of Manhattan.

‘”I won’t tease anything other than Elizabeth is coming back, so Diana will be returning. That story is far from over!”