Tyra Banks is going from chic to geek for a new television role, which will show the supermodel wearing some very unconventional attire that is much different from her usual glamorous look. 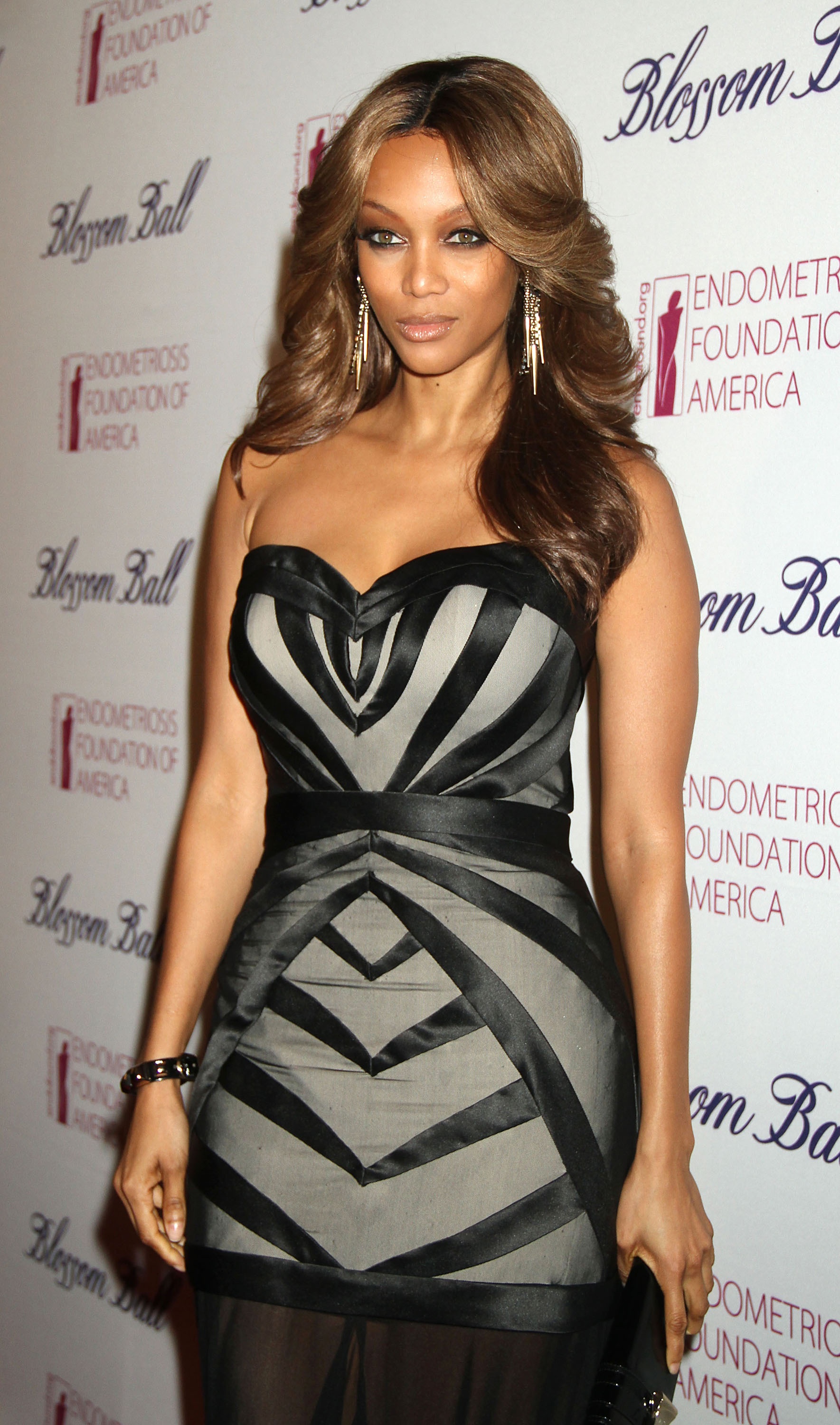 Well, not exactly, but now that we’ve got the attention of anyone and everyone who has ever dreamed of seeing the stunning supermodel don a library outfit, here’s your chance. The America’s Next Top Model judge is once again showing us her acting skills in an upcoming episode of the hit Disney show, Shake It Up, where Tyra plays a geeky librarian, Ms. Burke.

Tyra’s character overhears Cece Jones, played by Bella Thorne, come up with a plan with costar Raquel Blue to get Cece’s father to re-propose to her mother, in which Tyra overhears and wants to get in on the plan.

For those who can’t picture Tyra looking like a total geek, we’ll paint a picture for you. The still images from Tyra’s scene shows her wearing big, oversized black framed glasses, too much bright blue eyeshadow and pencils galor holding up her tight librarian bun. And even though the description may sound unglamorous, Tyra still doesn’t look all that bad, proving that she can never look bad.

This is not the first time Tyra has displayed her acting ability. Her first television roles include her notable classic role on The Fresh Prince of Bel-Air and she’s also appeared on another teen hit show, Gossip Girl, where she played a misunderstood diva actress.

We can’t wait to see what role Tyra will play next – the possibilities are endless!