It’s way easier when celebrities own up to it, instead of us guessing. Susan Sarandon admitted that she’s had liposuction done on her face and is considering botox in the future. 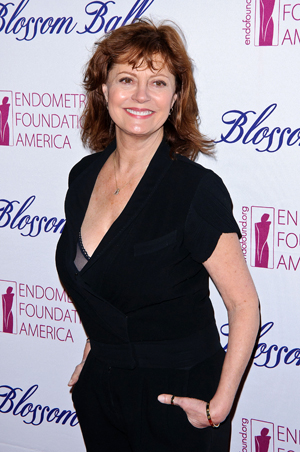 Oh the temptations of plastic surgery… Curse you!

Yes. This stunning, beautiful woman has admitted to having work done to upkeep that glorious face of hers. Sarandon revealed to People magazine that she succumbed to the cosmetic plastic surgery trend.

“I’ve had some lipo under my chin and under my eyes,” the actress told People.

Liposuction being the appetising process of sucking fat out of troublesome regions, through the use of a suction device and a thin hollow tube. Yums.

Sarandon even stated that botox is a future possibility; as long as her face still looks human and not as if someone rode an iron over it.

“I have these two huge frown lines here (on my forehead). But if you can’t move your face or you’re unrecognizable, I don’t see how that’s a productive enhancement. You don’t want to look like a female impersonation of yourself.”

This woman looks amazing, frown lines and all. But Sarandon has previously voiced her dismay about Hollywood’s ageism, so understandably there is a mounting pressure to look younger.

But considering that rumours are circling that the actress is dating Jonathan Bricklin – a business partner, who is 31 years her junior – we’d say, she’s still got it goin’ on.

But there ye have it. Lipo business in Hollywood is blossoming quite splendidly.