The rumours started, the rep denied them and now Sitch himself admits to having prescription medication problems for which he is seeking help. The truth always comes out in the end. 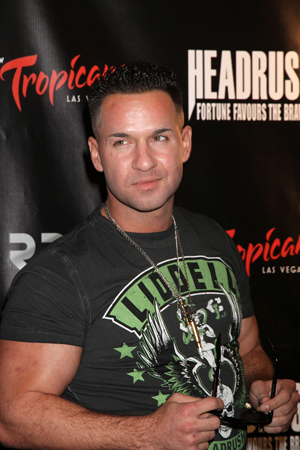 It’s time to tuck those nasty rumours to bed — and Mike “The Situation” Sorrentino will do it himself.

In a surprising moment of honesty, Sitch revealed that there is a grain of truth to those substance abuse rumours; in a statement posted on his Facebook page, the star wrote:

“I want to set the record straight. I have voluntarily taken steps to get control of a prescription medication problem I had due to exhaustion.

“I have spent the past several weeks getting treatment for this problem and recuperating from my work and appearance schedule. I appreciate my fans support and love you guys.”

Take the bull by the horns, as they say. The news comes after his rep denied substance issues, but revealed that the Jersey Shore reality star has been recuperating for the “past several weeks at an undisclosed location.”

Well, there ye go. He’s watching his health and gearing up for season six of Jersey Shore. All is good.