It’s been a while since we’ve seen either of these actors on the big screen but fear not, they have not been idle. Dan Aykroyd and Chevy Chase are planning to write a script together for a future comedy film. 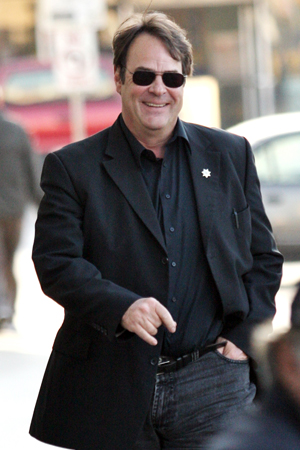 This is bound to make you all warm and fuzzy inside, as memories of younger days come afloat.

The Saturday Night Live pioneers, Dan Aykroyd and Chevy Chase, are sharpening their pencils to compose a script for a new comedy film. This tidbit of information was extracted with great care out of a post on Aykroyd’s website:

“Chevy (Chase) and I are about to start work on a script concept for a comedy movie. Cannot say too much about the concept, but the joy of working with him again is one that I am extremely excited about. Chevy is one of my favourite people, and one of the greatest anarchistic and physically committed comedians in the business.”

Aykroyd and Chase first clawed their way into our unsuspecting hearts while performing on SNL, as part of the original cast in 1975 (along with Bill Murray and John Belushi). This was way before Lindsay Lohan made a comeback and Ashlee Simpson was caught lip-syncing… It was the comedy standard to measure by. Oh, the days of yore…

Hopefully, these two have held on to their humour and will give a dose of good old-fashioned laughs. That is all, dis-missed!