Oh, a walk down memory lane, eh? Nothing like The Beatles, to improve your mood and melt the last bits of the snow. The Yellow Submarine film has been restored for a DVD release in May. 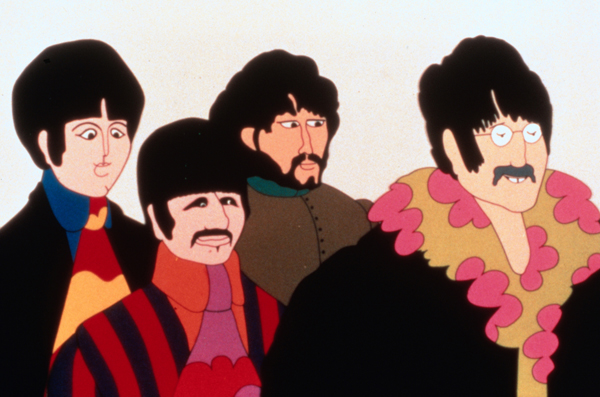 Many of us watched or have at least heard of The Beatles’ trippy, colourful movie, Yellow Submarine. It’s impossible to get your hands on it nowadays… But not for long.

A team of dedicated specialists worked for four months, restoring the 1968 animated film frame-by-frame. Why? Because it is scheduled for a DVD release on May 28.

That’s right, now even the youth can feast their eyes on the skillful artistry of the film, not to mention enjoy some of The Beatles’ greatest hits like “Eleanor Rigby,” “When I’m Sixty-Four” and “Lucy in the Sky With Diamonds.”

The specialists chose to work by hand instead of using automated software, because of the delicate nature of the hand-drawn artwork.

“As a fan of animation and as a film-maker, I tip my hat to the artists of Yellow Submarine, whose revolutionary work helped pave the way for the fantastically diverse world of animation that we all enjoy today,” stated John Lasseter, chief of Pixar studios.

Exciting stuff! Now, your kids can have a peak into the world of the 60’s… The more you know, you know?

The DVD will be released on May 28; the film’s soundtrack will come out the same day on CD (remember those?).