It appears that Jennifer Aniston is just a regular gal, who does not spend an entire budget of a small kingdom on her beauty routine. The actress slammed reports of excessive spending. 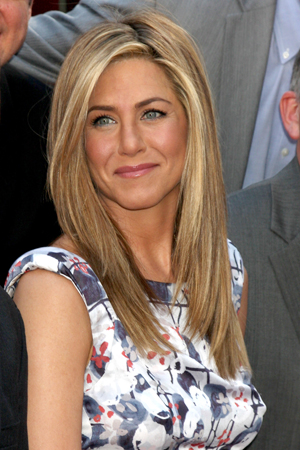 So, you know how Jennifer Aniston looks all perfect and amazing? And it seems highly plausible that the actress signed a deal with el Diablo in order to maintain her age-defying image?

Well, apparently you are not alone in those morbid thoughts. A rumour has been set ablaze in the gossiping world that JenAn spends a whopping $8,000 monthly on her beauty routine; which included $2,000 on skin care, $2,700 on diet and $3,500 on exercise. That’s a budget that could support several villages in Africa!

But fret not, Jen-Jen shot this one down quick.

“Although I am a sucker for an amazing moisturiser, love a great facial, have been using the same cleansing bar since I was a teenager and have always been a dedicated tooth-brusher, reports that I am spending eight thousand a month on a beauty regime are greatly exaggerated,” Aniston told People.

Exaggerated by how much, you may ask?

“By my tally, this month I’m in for about two hundred bucks,” the actress revealed.

Bam! Two-hundred bucks ain’t half-bad. But this does not eliminate the signage of a contract with the dweller of the underworld… If Jennie-bean uses only a cleansing bar and a decent moisturizer, how does she manage to glow like a newborn baby after a good nap?