Is anything shocking anymore? Actor Ashton Kutcher has signed up to be one of the numerous civilians set to travel around the Earth in space. 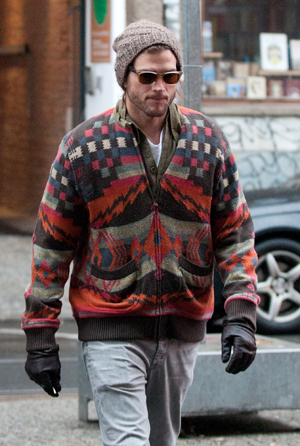 And he’s outta here! Two and a Half Men star, Ashton Kutcher, signed up as the 500th customer to travel into outer space with Virgin Galactic, the CEO of the company Sir Richard Branson confirmed.

Virgin Galactic is a company under – you guessed it – the Virgin Group, which is set to provide sub-orbital space travel for paying customers. A single ticket for one of these expeditions totals at $200,000! Or a decent mortgage in layman’s terms.

“[Ashton] is as thrilled as we are at the prospect of being among the first to cross the final frontier (and back!) with us and to experience the magic of space for himself,” stated Branson on his blog.

“Ashton is joining a fast expanding group of true pioneers who are on their way to a life changing experience and a place in the history books. It’s great to have him on board.”

Well of course, in this day and age, when everything is on demand and in the palm of our hand, is it any wonder that Earth is just not good enough anymore? When the thought of a trip around the world makes you cringe, now there’s a remedy. No feat is too big for the right price.