Let’s figure this out before the eye-poking begins. After the New York Times published a less-than-flattering article claiming that Gwyneth Paltrow co-wrote her bestselling cookbook with a ghostwriter, the actress spoke out and defended her authenticity. 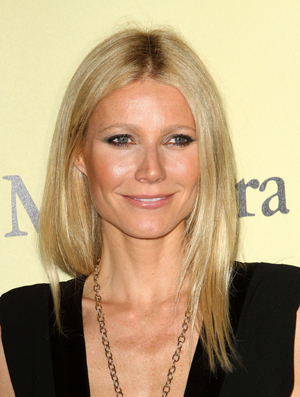 Well, slap the chicken and call it Judy, because it’s a cook-off of justice between Gwyneth Paltrow and the New York Times — grab those forks!

The New York Times published a super dramatic piece last week, sternly titled, “I Was a Cookbook Ghostwriter,” featuring the secret underground on-goings behind the face of a cookbook and the village of innocent, ignorant, emerging writers who pen the book but never receive the credit.

The article quite openly plastered the image of Paltrow’s book – My Father’s Daughter – on the page and cleverly snuck in a tidbit of information claiming that Julia Turshen is writing a second cookbook with the actress after their collaboration on the first one. The writing credit for Paltrow’s book is also present on Turshen’s website, but not in the cookbook itself.

Paltrow was not a happy camper once the article reached her periphery and was quick to defend her honour via Twitter.

“Love @nytimes dining section but this weeks facts need checking. No ghost writer on my cookbook, I wrote every word myself.”

Confused? So are we.

So, Paltrow claims to have penned the book herself while a ghostwriter claims she lent a helping hand. So, who’s telling the truth? Well, there seems to not be a clear winner but we do have some facts that can help us deduce an answer.

Julia Turshen does display the credit for working on My Father’s Daughter on her online resume, but it does not state her role in the production of the book. Turshen was also a chef at Paltrow’s book release party – they cooked together, actually. So, logically, it is possible that Turshen was a contributor to the cookbook behind the scenes (testing recipes and such), but labelling her as a ghostwriter may be overstepping the line… Seems fair, no?

There ye go, kids. Nothing like a good mystery to get those noodles working.