Cookbooks inspired by The Hunger Games and Game of Thrones have been published. Now, you can eat like your favourite impoverished teenager forced into the Hunger Games, or like a medieval barbarian in the North. Yay! 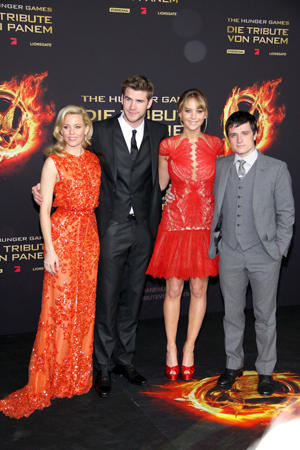 In this world, it’s getting harder and harder to be surprised… With the ever-growing, bubbling hype for The Hunger Games and the second season of HBO’s Game of Thrones, it was only a matter of time before someone took the franchises to the next level.

The Unofficial Hunger Games Cookbook boasts more than 150 recipes from all over Panem, “from the humble District 12 to the extravagant Capital.” (Because nothing rouses that appetite like the thought of utilitarian rule and gladiator-like fights.) The book invites you to sample delicious and wholesome meals, like “Katniss’s Favorite Lamb Stew with Dried Plums” and “Gale’s Bone-Pickin’ Big Game Soup.” Sure, why not.

The Unofficial Game of Thrones Cookbook flaunts over 150 recipes as well, claiming that “every dish finds its roots in the pages that brought Westeros to life.” Recipes include “Imp’s Wild Strawberry Fool,” “The House of Stark’s Venison, Apple, Cheddar Plaits” and “Tears of Lys” (the latter apparently being a favourite among the assassins).

Now, what the world has done to deserve such a cruel punishment and who in this world approved the publication of such books is yet to be determined… but baseball bats will be applied with extreme force to the responsible hands.

Up next: tasty organic cooking with James Bond and finger-lickin’ desserts with Darth Vader.

More on the Hunger Games