Someone’s got a bun in the oven.… Neve Campbell finally confirmed that the persistent pregnancy rumours were indeed true. The actress is expecting her first child with actor J.J. Feild. 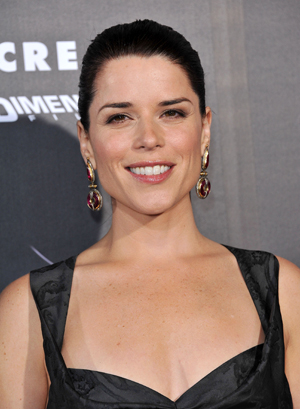 It’s that wonderful time of the year again — the mating season is upon us. In an ongoing avalanche of baby news, another star has just announced that she’s expecting.

Campbell is known for keeping her personal relationships on the hush-hush. She has been married previously to fellow Canadian actor Jeff Colt, (divorced in 1998) and British actor John Light (divorced in 2010).

Well, the actress has us screaming (Campbell starred in Scream, get it?) for joy. There’s nothing better than the scent of fresh diapers wafting through the air, or the involuntary suspension of personal hygiene until one’s offspring reaches, at the very least, toddlerhood.