Angelina Jolie had the opportunity to attend the historical conviction by the International Criminal Court of Congolese warlord Thomas Lubanga, who was accused and convicted of forcibly recruiting child soldiers. 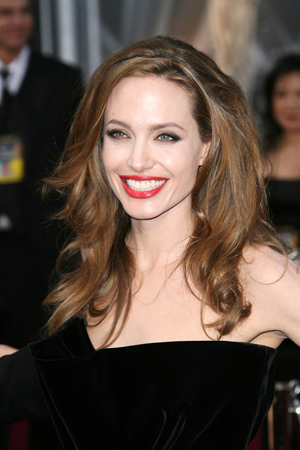 Yesterday, Brad Pitt’s baby mama, Angelina Jolie, was privileged enough to sit in at the International Criminal Court (ICC) in The Hague and watch the conviction of Congolese warlord Thomas Lubanga.

Lubanga founded and led the Union of Congolese Patriots (UCP); he was accused of ethnic massacres, rape, torture and the conscription of child soldiers. In 2006, Lubanga became the first person ever to be arrested under warrant of the ICC; and yesterday, in a landmark trial, he also became the first person ever to be convicted by the court for the war crime of “conscripting, enlisting, and using children in armed conflict.” He was sentenced to life imprisonment.

Jolie, as a Goodwill Ambassador for the United Nations High Commissioner for Refugees, watched the proceedings and the announcement of the verdict from the front row of the public gallery. She praised the verdict for sending “a strong message against the use of child soldiers.”

There are several warrants for the arrest of other notorious African warlords, who are still at large. One of them is Ugandan LRA leader Joseph Kony, a warrant for whom was issued in 2005.

The actress is funding the Lubanga Chronicles, a public information campaign in the Democratic Republic of Congo. It has been spreading news about the proceedings through written reports, audio clips on the radio and videos on the internet.

This has been Jolie’s fourth visit to the court headquarters; she attended a child soldier and victim testimony in August.

It’s noble of Jolie to continuously invest her time in the battle for human rights. That’s something we can all dedicate more thoughts to.