Back in the 16th century this wouldn’t have raised any eyebrows, but nowadays it’s a wee bit different. Bobbi Kristina and her “adopted brother” Nick Gordon confirmed their relationship, but there’s more to the story than meets the eye.… 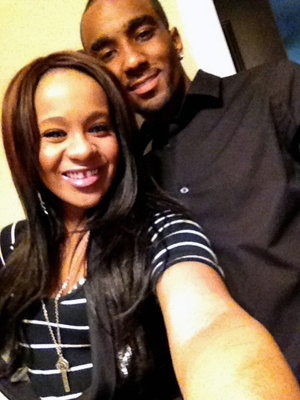 Okay, it sounds much worse than it actually is… but to be quite blunt, Bobbi Kristina is dating her “adopted brother,” Nick Gordon.

Before you get all judgey-judge and start a harassment campaign on Twitter, know your facts. Bobbi Kristina and Nick met while in high school; he wanted to enlist in the army to circumvent some family problems but Bobbi convinced her mother, Whitney Houston, to take him in instead. And so, he became an unofficial member of the family.

To reiterate, Nick Gordon is not blood-related to Bobbi Kristina at all. So, you can save those “Stop Incest” banners for another occasion.

Nonetheless, after revealing to the world through Twitter that they are dating, Bobbi and Nick are getting a whole lotta hatin’ from some less-informed individuals. And Nick is fighting them off left and right.

“Yea we got a little closer and what!!!… All the haters that dont know us or the real story can’t un follow me. I don’t give a f**k,” he tweeted. “I’ve proved my loyalty to her and the Houston family. I don’t owe any of you anything. Ha I don’t even know y’all haters….Some ppl have no lives so they gotta be in ours.”

Spelling tragedy aside, he’s got a sound point. As long as the couple is happy together, we should employ our inquisitive noses in a better deed.