It’s a free country after all. X-Files actress Gillian Anderson revealed in a recent interview that she has been in numerous same-sex relationships in the past. But what does that mean, Gilly Bean? 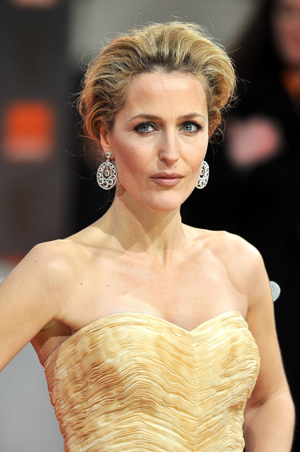 Well, here’s something you didn’t know about agent Scully — er — Gillian Anderson. According to an interview with Out magazine, she has been in several lesbian relationships in her lifetime, but claims “they have been the exception, not the rule.”

Wait, what? If there has been more than one, does that technically still qualify as an exception?

The 43-year-old actress has a 17-year-old daughter from her first marriage and two sons with her current partner, Mark Griffiths. But somewhere in-between she managed to secretly sneak in a few women; she is an FBI agent, after all.

“I was in a relationship with a girl for a long time when I was in high school,” Anderson told Out. “I’m old enough that I can talk about that.”

Anderson admitted to several other relationships with women, but she has no intention of blowing it out of proportion.

“If I had thought I was 100 per cent gay, would it have been a different experience for me?” she muses aloud in the interview. “It’s possible that my attitude around it came, on some level, from knowing that I still liked boys.”

Still, one cannot help but wonder how her current partner feels, knowing that jealousy is warranted when Anderson socializes with not only men, but women, too… It’s like fighting on two fronts. Meh, the heart wants what the heart wants.

But still, it seems a little unfair to call those relationships “exceptions.” If you have enough of them, wouldn’t exceptions become a rule at some point? Or is the same logic to be applied to Anderson’s statement as that applied to the English language, which is full of “exceptions” because no one has the heart or a long-enough life to organize them into rules?

Well, there’s something to think about. Opinions?