Surprise! Your favourite British boy band may get its own TV show. The fellas of One Direction are in talks with a major network about a television series. 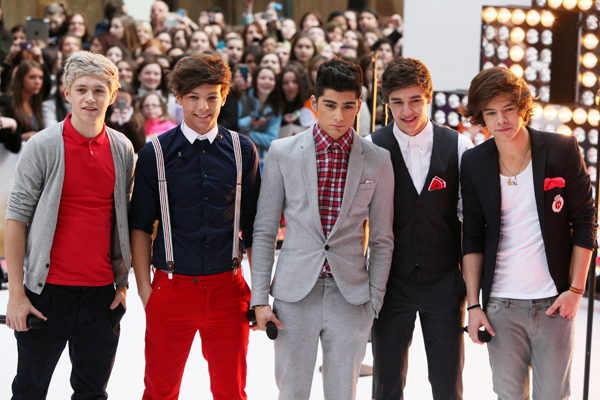 After taking over North America, one teenage girl at a time, One Direction may possibly get its own television show.

The British boy band and boy-child of The X Factor, One Direction, has been raking in awards and female fanatics throughout the U.K. with their debut album Up All Night. Their good looks and irresistible boyish charm did not hurt, either.

The band has been slowly seeping into the North American musical mainstream and has cultivated quite a following in both the United States and Canada.

Now, the word on the street is that the Nickelodeon bosses were stricken with a prophetic vision of a One Direction TV show, after the band made a guest appearance on the network’s iCarly. The show would be an upgraded British version of Big Time Rush — also a boy band with a self-titled Nickelodeon TV show.

“We’ll be having meetings with One Direction when they come back from the Kids’ Choice Awards later this month. A series is definitely being talked about,” a source at the channel told Daily Star newspaper.

Well, One Direction is the boy band equivalent of Justin Bieber, so anything they touch will turn to gold. So, making a TV show featuring the band is a smart decision on Nickelodeon’s part. But time is of the essence — who knows what will happen when the band hits puberty…