Bachelor Ben Flajnik and his pick Courtney Robertson reunite for the first time on national television since the show started airing. Emotions and tears abound as the two talk their way through the trials and tribulations of The Bachelor process and reveal whether or not they’re still together. 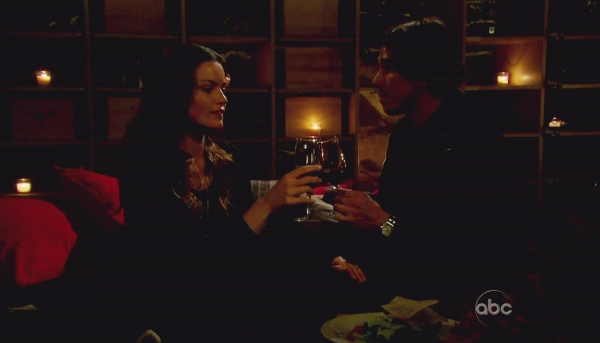 After the Final Rose kicks off with Chris Harrison sitting down to get Ben’s thoughts on the past few months. Ben reveals that he and Courtney actually broke up for a period while the show aired. He also seizes the opportunity to put to rest the rumors of him having kissed other women while the show was airing by stating in no uncertain terms that the photos are either from the past or of him with female friends.

Then, Courtney takes the hot seat and reflects on the fact she feels a bit betrayed by Ben abandoning her during the process. She reveals that they were doing great before the show began airing but then fell apart a week before Valentine’s Day.

But the real questions start when they take the floor together. When asked if she can trust him fully again she replies she doesn’t think so. This doesn’t sound promising considering she spent the majority of her interviews over the course of the last few shows stating how frequently she has been mistreated and abandoned by the men of her past and she thought Ben was her knight in shining armor. He apologizes for not standing by her — but is it too little, too late?

For the most part they put the reasons for their break up on the show itself as they weren’t really able to see each other and talk things through while it was airing. They are both brought to tears at watching the proposal again and Ben laments that moment being “soiled” by everything that followed.

Things comes to a head when Chris Harrison reveals that he has been carrying around the engagement ring all day. He asks Ben what he wants to do with it. Ben immediately announces that he wants her to have it again and feels that they will one day get married. So it ends with kisses and smiles — but the question of course becomes — for how long? They both spend a good amount of time taking about how weird they feel they are personally so maybe they’re a match made in reality TV heaven when it comes down to it. Perhaps these two crazy kids really have a chance at making it work after all!