She’s the top dawg of 2011, according to Billboard. Taylor Swift’s persistent musical genius has propelled her to the top on the music money-pyramid. 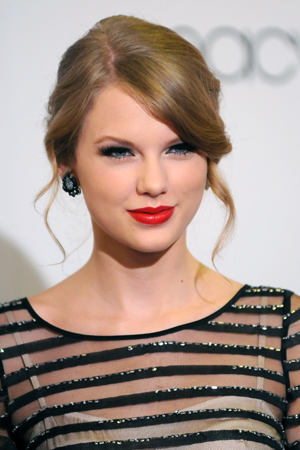 Taylor Swift is woman — hear her roar! The country singer already has a wheelbarrow full of awards and honours; now add “top money maker” to that hefty pile and turn green with envy!

Although she doesn’t shake hers, Billboard put Tay-Tay at No. 1 on their 2011 Money Makers list, released on Friday.

The rankings were calculated based on U.S. income sources from tours, albums sales and publishing royalties, but did not consider sponsorships, merchandise sales or synchronization deals.

The songstress earned over $35 million U.S. in 2011, outdoing U2, which came in second, as well as Kenny Chesney, Lady Gaga and Lil Wayne, who all made the top five.

Maybe in the future being polite and non-naked will become a norm for the industry… sounds wack, but it may happen.…