We waited and waited… It’s like Christmas, all over again. Jessica Biel finally brought out her engagement ring — from Justin Timberlake — into the public sphere. And it’s quite a looker! 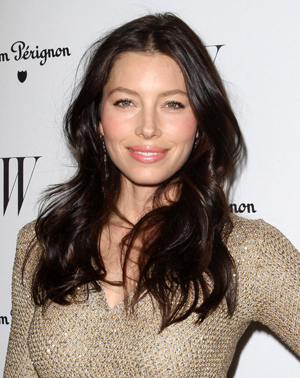 Well, when Justin Timberlake and Jessica Biel revealed their engagement, we were all floored with excitement and eager to see the size of the honking rock on the actress’ finger. But months went by… and where be the prodigious ring?

Apparently, it’s been lurking, rarely seeing the light of day, its sightings’ rarity akin to Bigfoot’s. But after a lengthy period of wonderment about the mythical existence of Jessica Biel’s ring… there it appeared!

While the couple was enjoying lunch at Brentwood eatery Tavern on Thursday, the enigmatic engagement ring was casually sitting upon Biel’s hand, in its unexpected public debut. Appearance-wise — the ring carries a large square-cut diamond beset with smaller stones — it’s a dazzler.

At least now we can stop pinching ourselves. It’s the real deal, ya’ll. Godspeed!