The campaign is taking the world by storm. Celebrities and politicians are being called upon to help raise awareness of the crimes of Joseph Kony. But it’s all up to you…. 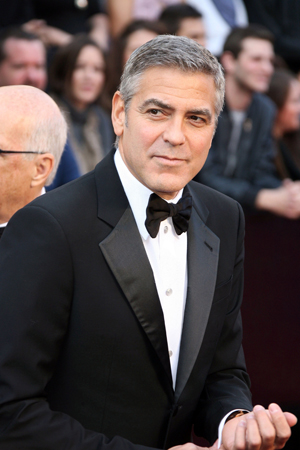 Miraculously and practically overnight, the worldwide web became a Kony 2012 campaign train, and it’s got celebrities as well as politicians talking.

Invisible Children: Kony 2012 is a global campaign to make Joseph Kony — a Ugandan warlord and head of the Lord’s Resistance Army (LRA) — “famous” for his crimes against humanity. The LRA is a militant group esposing extremist Christian ideology and fighting to establish theocratic rule in Uganda. The LRA is guilty of murder, mutilation, rape and the kidnapping of over 60,000 children, used as soldiers and to service soldiers. In 2005, Kony was indicted for his crimes by the International Criminal Court, but he remains at large.

The issue gained heavy exposure after a 30-minute documentary by Jason Russell, entitled Kony 2012, hit Vimeo and YouTube. From there, it spread like wildfire to other networking sites.

The campaign is striving to raise awareness about Kony and his crimes, in hopes that he can be brought to justice. Invisible Children is calling upon 20 “Culture Makers” (including Lady Gaga, Justin Bieber, Taylor Swift and George Clooney) and 12 “Policy Makers” (such as Bill Clinton, Mitt Romney, Harry Reid and Stephen Harper) to speak up for the campaign.

“I’d like indicted war criminals to enjoy the same level of celebrity as me,” George Clooney said. “That seems fair.”

Currently, there are 100 American soldiers helping the Ugandan military track down Kony, but since they were deployed in response to demand by the U.S. populace, once interest in the matter dwindles, the soldiers will be recalled.

So, what can you do? Quite a lot, actually. The Invisible Children website has a pledge you can sign, and kits you can order to help spread awareness. You can also put pen to paper and write to people in government — like plushy bear Stephen Harper — to call for justice. Since the campaign has already gained momentum, the important thing right now is to keep it going. The mind tends to forget easily, and the government cares a quarter of the amount you do… so, remind them both.

We have the power, we have the will. Sign the pledge, write to your government.