May the Schwartz be with you! Oh, a joke. The legendary Montreal deli has been purchased by a group which includes Céline Dion and her husband. Let’s hope its heart will go on. 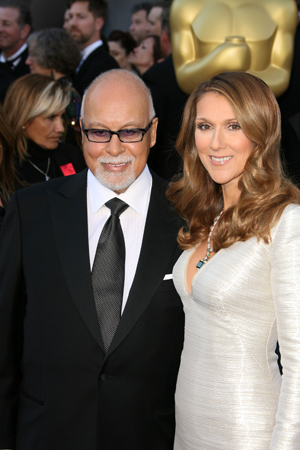 It’s a new day, everybody, and Céline Dion is making sandwiches… not really, but close enough. The famous Schwartz‘s deli in Montreal is now in new hands, those of Céline Dion, her husband René Angélil and Paul Nakis (who owns several bars and restaurants around the city).

Well, anyone who grew up in Montreal or visited the city has heard of Schwartz’s deli. The joint was founded by Reuben Schwartz in 1928, and has been loyally rooted on Saint-Laurent Boulevard and in Montreal’s history since establishment.

Schwartz‘s has a great history and an aura of mystery, which is complemented by their sky-high smoked-meat-on-rye sandwiches that anyone of consequence would defend with his or her life.

Now, the locals are a little alarmed after news broke out that Hy Diamond signed the deal for the purchase of the deli by Dion and entourage. Is it going to become a franchise? How many changes are going to be made? For the love of all, what’s going to happen?!

Preach it, boy! The 40-minute line-ups in the freezing cold and the smell of heavenly deliciousness hitting you square in the face as you impatiently walk through the door cannot be replicated — it can only be adored!

But fear not! René Angélil assures the populace of the world that the deli will be preserved and only improved on.

“Of course, we’ll make a few improvements as necessary, but we’re not interested in diluting the brand by franchising, or making the deli something that it isn’t,” he stated. “It’s truly one of a kind, and we intend to keep it this way.”

Oh, thank the almighty Zeus! Progress and change is overrated anyway; the Montrealiens would pull out their guillotines so fast if Schwartz’s so much as got a modern napkin holder…. Don’t mess with a good thing.