What lurks behind that Southern charm? Something smells like a scandal…. Paula Deen and brother Bubba Hiers are accused of harassment by an employee. 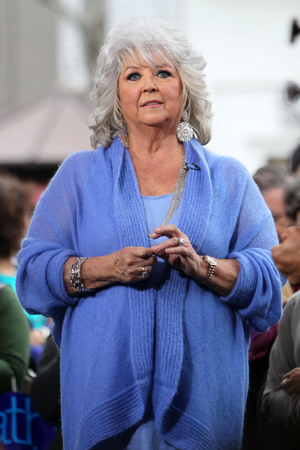 Ay, ay, put that in your oven and roast it. The Food Network superstar Paula Deen and her brother and restaurant co-owner Bubba Hiers were slapped with a lawsuit on Monday, from a former restaurant employee accusing them of sexual harassment.

Lisa Jackson, a former general manager at Uncle Bubba’s Seafood and Oyster House in Savannah, claims that she was a victim of several incidents of inappropriate behaviour during the five years she worked at the duo’s establishment. Jackson also stated that she quit in 2010 on the advice of her physician, due to frequent panic attacks and stress-related conditions that developed while working at the restaurant.

If the stress ball can’t help you, maybe it’s time for a new job. So, what are the specifics?

Jackson alleges that Mr. Hiers made numerous sexual comments to her; he also circulated inappropriate photos at work and watched pornography in the office he shared with Jackson.

Ms. Jackson is also accusing both Deen and Hiers of racism, claiming that they made derogatory comments to their African-American employees, and required them to use the washroom in the back of the restaurant.

Now, that’s crossing boundaries that a slap can’t fix. Being a pervert is one thing, being a racist is a whole different breed of wrong. Definitely going to taint Deen’s and Hier’s reputations…

According to E! News, Deen’s rep has not replied and Jackson is seeking unspecified damages in the case.

There ye have it, kids! Let’s see what this case is going to uncover….

Has Paula Deen’s cooking finally caught up with her?
Paula Deen diabetes backlash led by Anthony Bourdain
Paula Deen on diabetes scandal: Get over it