As they say, knowing is better than not knowing. Nick Cannon has been hospitalized several times this year alone, and finally the doctors have a diagnosis. He’s suffering from a lupus-like disease, which was behind his previous hospital visits. 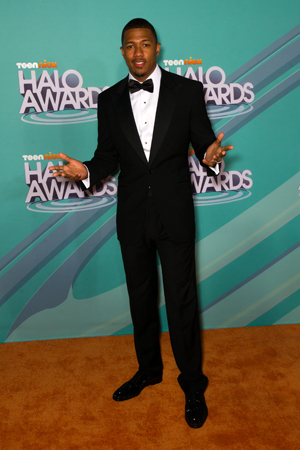 Nick Cannon has had our blood pressure skyrocketing this year, with his kidney failure, blood clots and heart problems. Who wasn’t hyperventilating over the health of the lovable television show host?

But Mariah Carey‘s cutie-patootie husband recently revealed that his health woes are a result of an autoimmune disorder similar to lupus.

“They kind of say [my] autoimmune [disease] is—like a lupus type of thing, but no one else in my family has it,” the entertainer told People magazine. “The blood clot thing was probably the scariest because… I’ve known people who have passed away from that. I thought I was getting better and then that happened, so that kind of came out of nowhere.”

Cannon, 31 years old, is said to be taking it easy and has quit his daily morning radio show to unload his schedule. But how is he handling all this stress?

We’re very happy to hear. Nick Cannon is an adorable human being, we wish him and his family all the best. Godspeed!