Ay, no peace. Miley Cyrus has been the recipient of several death threats and insults via Twitter, and the actress/singer decided to act. 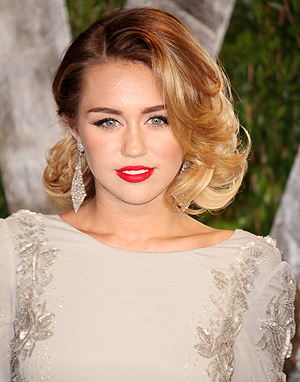 Oh, the dangers lurking within the great forest of Twitter.…

A less-than-kind individual has taken to Twitter to insult Miley Cyrus through the challenging 140-characters-or-less method. The offender not only said that the actress/singer “dresses like white trash” and is “so f**king hideous,” but also wished her dead.

What happened to penmanship? Even an explicit physical letter would have been more honourable, although there’s no spellcheck. (That’s probably letter-writing’s obsolete.)

“U have nothing better 2 do than hate?” Cyrus tweeted in response to the remarks, before leaving to attend several Oscars after-parties.

“That saddens me,” she tweeted later. “Im surrounded by love Im sorry 4 whatever happened 2 make u so bitter.”

Spelling travesty aside, those are wise words. The death threat messages have since been deleted and only Cyrus’ responses remain.

Oh, people! Where is the love? Let’s spread some kindness, even if it’s old-fashioned. Godspeed!