She’s been the butt of our jokes for years, now Lindsay Lohan wants to take a jab at… herself? Oh yeah, Lohan is planning to win audiences over by making fun of her own past. Will that work? 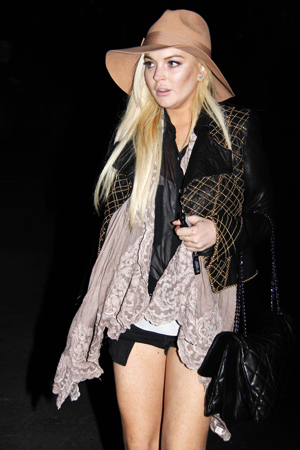 Surprise of the day: According to TMZ, Lindsay Lohan — who’s scheduled to host SNL on March 3— is planning to unleash an abundance of LiLo jokes during the late-night show. That’s right, the actress will be poking fun at… herself.

That means that everything from DUIs to the thefts will be covered to extract some laughs — nothing is off limits. Uh-oh, Pandora’s box has been opened; beware!

No better way to put troubles behind you, though, than by openly jesting about them. Since Lohan’s career seems to be finally picking up — fingers crossed — this would be a perfect way to say bye-bye to the criminal Lindsay and usher in a new era of successful, got-it-together Lindsay. It would be even more symbolic if she showed up rocking her red mane.

Only time will show if Lohan can manage to deliver the comedic performance we all expect to see. Until then, we will try to abstain from LiLo jokes.… But hopefully she’s taking a cab to the studio.