Well, someone was bound put up their fists. Actress Sean Young reportedly got into a scuffle with a security guard at the Oscars after-party and was apprehended. 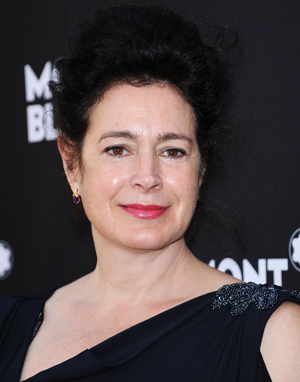 Sean Young was arrested outside Governor’s Hall — the official Oscars after-party — after reportedly getting a little violent and hostile toward a security guard.

The actress was placed under citizen’s arrest and then taken into custody by the LAPD. Young was then booked for misdemeanor battery at a nearby station, and released on $20,000 bail.

According to TMZ, Young was standing by the entrance to the Hall and posing for pictures with other celebrities, such as Angelina Jolie, Brad Pitt, Sandra Bullock, Jonah Hill and Michelle Williams, when the security guard noticed that she did not have a ticket. She was asked to leave and she did. But she came back shortly after. Upon asking Young to leave again, the guard placed his hand on her and she reportedly slapped him.

She was then placed under citizen’s arrest.

Well, what kind of party would this be if no one got into a fight? We should expect a number of wild rumours to pop up about Sean Young in the next few days, from trusty “sources,” but until then let us cherish this one.…

31 mins ago
by Daisy Maldonado